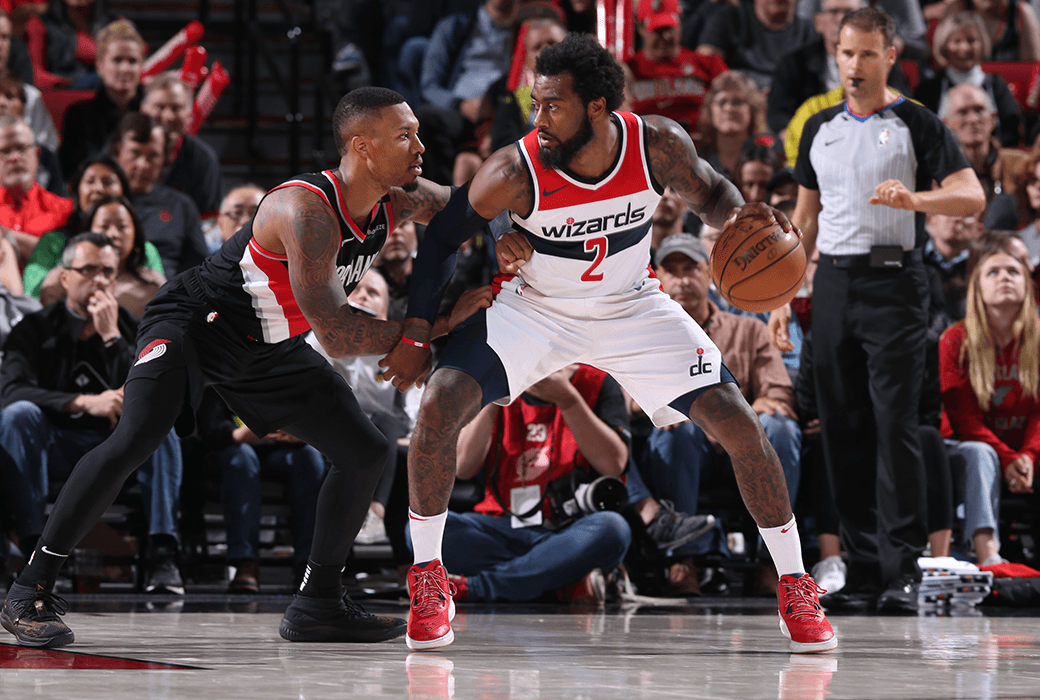 This year’s young Knicks squad continued its trend of fighting late into the fourth quarter, but a 14-3 run by the Bucks to close out regulation put the game to bed.

The Wizards delivered the Trail Blazers their first loss of the season as they picked up their first W off a game-winning shot in overtime by John Wall.

The game nearly didn’t go to overtime after Nik Stauskas nailed a 3 for Portland with 13 seconds to go, but Bradley Beal responded with a clutch shot of his own to send the game to an extra period.

The Warriors got to work early with 70 first half points and never looked back as Steph Curry lit up the highlight reel en route to 29 points in 30 minutes.

Deadass, how do you stop Steph? (via @nba) pic.twitter.com/LRixBqvEB7

Nahhhhh it’s not fair when Steph gets to cookin’ like that 🍳 (via @nba) pic.twitter.com/MNSMon219x

Los Angeles made up an 8-point deficit with less than a minute to go after LeBron James knocked down a pull-up 3 in transition with 2.4 seconds to go; however, a pair of missed free throws late in overtime set up Patty Mills for the eventual game-winner.

Kyle Kuzma shined in the starting lineup, scoring 37 points on 15-for-25 shooting. LaMarcus Aldridge matched that scoring effort on the other end for San Antonio on a 13-for-22 shooting night.

A COLD-BLOODED KING 👑 (via @nbatv) pic.twitter.com/Cif6Pj1Ofs

What. A. Game. (via @nbatv) pic.twitter.com/GCsvHEF5RE

Boston coach Brad Stevens said his team had its best offensive night of the season, but it wasn’t enough to avoid an upset to Orlando.

All five of the Magic’s starters scored in double-digits as Nikola Vucevic led the way with 24 points and 12 boards. Kyrie Irving scored 22 for the Celtics.

Kemba Walker’s scoring tear continued as he dropped 26 points on 11-for-22 shooting, but it wasn’t enough to the collective effort of eight Raptors scoring at least eight points. Kawhi Leonard scored a team-high 22 points.

There were no boos for Jimmy Butler this time around in Minneapolis as he scored a team-high 20 points on 6-for-12 shooting. Karl-Anthony Towns had 17 points and 15 rebounds in his 250th career game.

Zach LaVine continued to show he has the makings of a superstar as he clocked out with 34 points on just 15 field goal attempts, but six Mavericks scoring at least 12 points was too much for his Chicago squad to overcome.

In a year that’s seeing early season scoring records shattered, the Grizzlies proved that the grit ‘n’ grind style they’re known for hasn’t faded away quite yet as they held the Jazz to just 84 points and 35.4 percent shooting from the field.