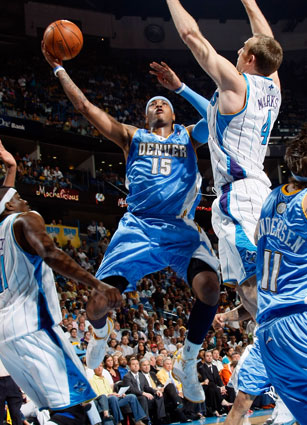 Guess who’s back in the….

Couldn’t stay away for too long. I thought the Post Up was dunzo for the postseason, but Ryne invited me back to talk to you all. We’ve got the nightly game recaps, so I won’t delve too deeply into that, instead I’ll just give you a place where we can all do our thing every day and argue about why Kobe is still the greatest player in the game today.

Quick update on my life: I’ve been working a ton, writing lots and trying to learn this TV stuff. I helped produce an NBA preview last week and it was AMAZING. Unreal how much time and effort it takes for a two- minute TV segment, but also one of the most rewarding feelings in the world to see your script, your highlights, your vision all come together. I’m still smiling over that!

I fully plan on staking out the studio on my off days and camping out so I can tag along and learn everything there is to know about how things work. You know what’s the best? Co-workers who are willing to teach. I’m so thankful for the amazing people I’ve met along this NBA/Media journey.

I have also been l-o-v-i-n-g these playoffs and trying to figure out where I’m going for a playoff trip or two. I’ve got this flight credit I’ve been saving just for playoffs and I want to go somewhere on the East Coast. Waiting to see how things shake out. Boston? Cleveland? Miami? Where would you go, if you could go anywhere in the Eastern Conference for a game?

Yeah, I give Bron my MVP but Kob is still that guy.

That Game 4 in Utah? Whoooooo. Loved every second of that.

You know what I didn’t love quite so much?

Liveblogging the Hornets for The Score was… An experience. Losing by 58 points. Tying the NBA’s All-Time record for margin of defeat in a playoff game. Chris Paul’s face said it all and broke my heart. It was so bad, Mo Pete was on the floor in the fourth. Enough said.

So, apparently Reggie was getting on Ronnie Brewer for his awkward shot? Someone needs to “Reggie’s Mailbag” Reggie and explain Brewer’s wonky elbow is a result of a watersliding accident (yeah, yeah yeah, I don’t know the specifics), when he was a child and not laziness when it came to working on his shot.

Lakers closed things out in LA, didn’t see the game here, of course, but you know, Lakers win. I don’t think I need to go into depth, since our boy Krolik filled in the blanks already.

Didn’t get to see the MIA/ATL game either, which sucked. Heard Dwyane Wade was suffering from a back that kept on locking up. This is not good news, Heat peeps. Hoping he feels healthy and good for Game 5.

Speaking of healthy, I’m sending all of the positive vibes I can to my guy Ben Gordon and that strained hamtring of his. The world knows Chicago needs him if they want to get another win against the Celtics.

Did anyone else seeing the Hornets or the Pistons being so bad?

The Youth of the Blazers is tough to take. Rudy F. is so much fun to watch, Brandon Roy is so good, but so beyond frustrating when he chooses not to drive and be aggressive. I love watching Carl Landry come into the games and drain jumpers like he’s always had that confidence. It’s good to see him out there healthy and doing what he loves. I love the feel good stories.

You all know this though.

Okay guys, I’ll be back again tomorrow with more. Let’s discuss the action from last night. Reggie getting on Ronnie, the collapse of the Hornets, Denver’s offensive dominance and Dwyane Wade’s wonky back.