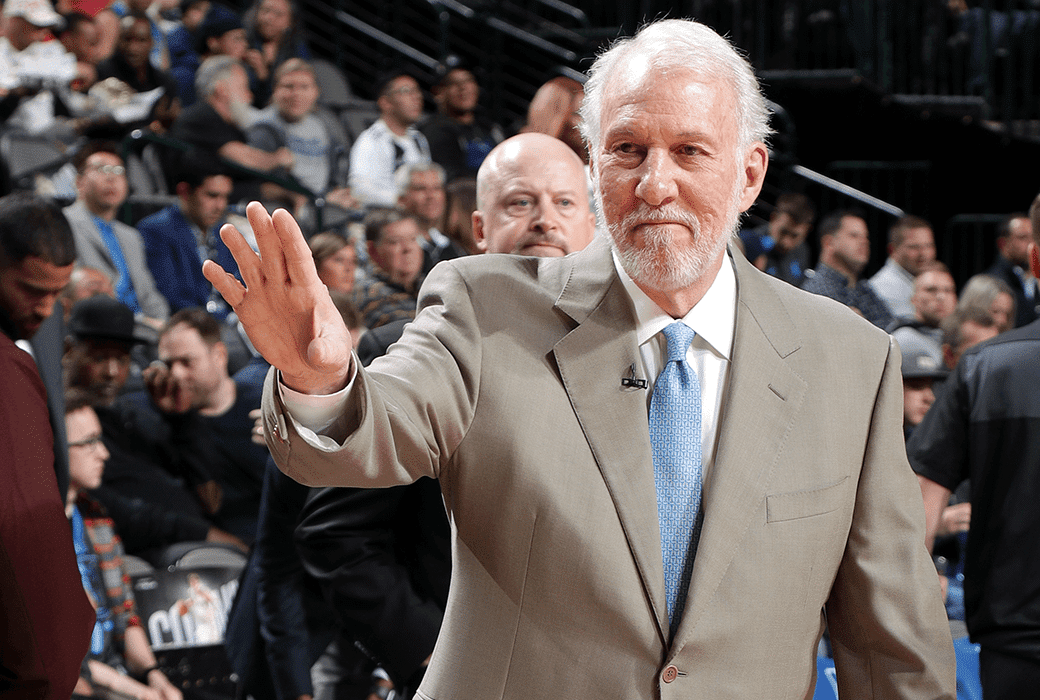 Isaiah Thomas got the win in his return to Boston as Denver pulled ahead in the final period.

Gregg Popovich and the Spurs clinched their 22nd straight winning season as they took advantage of uncharacteristically poor shooting nights from Steph Curry (9-for-25) and Klay Thompson (5-for-18).

Andrew Bogut had seven points and seven boards in 19 minutes as a starter in his return to the Warriors.

No Utah player scored more than 20 points, but a 53.8 percent shooting night as a unit was more than enough to get the job done as the Jazz blew out the Wizards.

Donovan Mitchell scored a team-high 19 and Joe Ingles added 16 on 4-for-8 shooting from behind the arc.

Anthony Davis only played 21 minutes of the 53-minute overtime game, but he made the most of that time, racking up 20 points, six rebounds and five assists. His frontcourt mate, Julius Randle, took care of business down the stretch with 30 points, nine boards and four dimes of his own.

Jeremy Lin stepped up off the bench with a team-high 20 points as he played extra minutes due to an ankle injury that took Kyle Lowry out for the night.

The Heat improved to 7-2 in their last nine as Dwyane Wade and Goran Dragic combined to score 51 points off the pine.

The Thunder dropped its third game in a row despite 31 points from Paul George.

The Pacers led at the end of the first quarter, but the Trail Blazers built a lead that went as high as 21 in the fourth quarter to put the game to bed.

Damian Lillard was the star of the show as he had 30 points, 15 assists and three steals. His plus-minus of +17 was at least 12 points higher than every other Portland starter.

Devin Booker and DeAndre Ayton combined for 50 points, but the Suns struggled without the services of Kelly Oubre Jr.