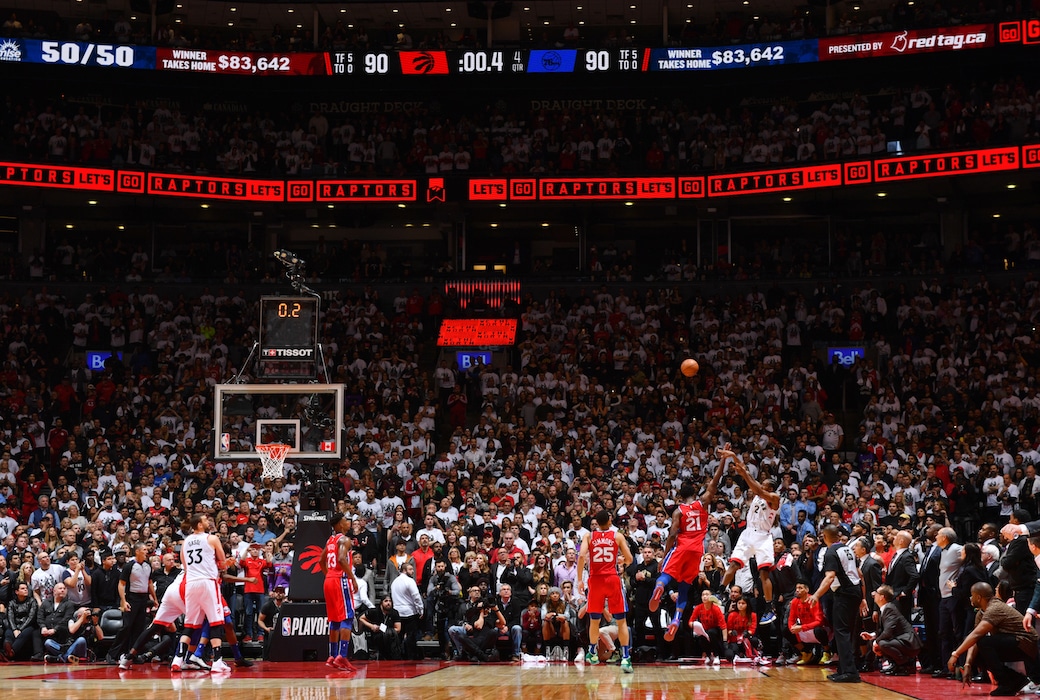 Portland is heading to the Western Conference Finals for the first time since 2000. CJ McCollum had himself an afternoon, finishing with a 37-point performance and putting on a clinic in the pick-and-roll.

Damian Lillard struggled to get it going in the first half and finished with 13 points. Evan Turner had 14 points off the bench. The Blazers will face the Warriors on Tuesday night.

Trailing two, Kawhi Leonard received the inbounds pass and dribbling to the right corner and hitting the game-winning bucket to take Toronto to the Eastern Conference Finals.

Leonard finished the night with 41 points in 43 minutes. Pascal Siakam and Kyle Lowry were the only other starters to finish in double digits with 11 and 10, respectively. The Raptors will face Giannis Antetokounmpo and the Milwaukee Bucks on Wednesday night.