Ingram, Kuzma and KCP balled out. 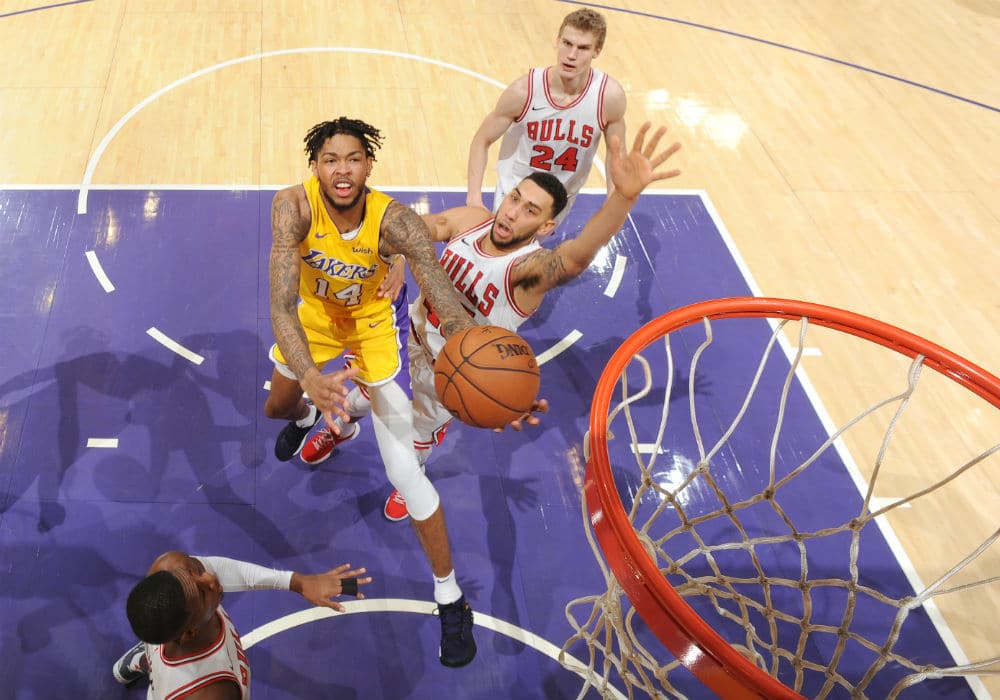 Despite a slow start and being down by as many as 19 points, the Lakers came back in a big way to knock off the Bulls. It seemed — at least early on — that Chicago was in complete control of this game and when rookie guard Antonio Blakeney dunked all over Julius Randle and got a technical for staring him down after, L.A. looked like it was checked out.

But then the Lakers closed the third quarter on a 13-4 run to get within three before coming back again in the fourth. Kentavious Caldwell-Pope (21 points, 9 rebounds) drilled a few big triples down the stretch while Brandon Ingram (17 points) showed off his improving finishing skills with some strong layups. Lonzo Ball (8 points, 13 rebounds) made some shots as he bounced back from a tough first half.

B.I. gets to the basket and finishes through contact with a circus shot #LakeShow (📺: @SpectrumSN, @spectdeportes, NBA TV) pic.twitter.com/RgLu5P7OLF

It was a good win for the Lakers, even with it being against a young rebuilding team in the Bulls. They didn’t shoot particularly well and didn’t have much energy for the first 32 minutes or so, but came together strong late and got contributions from a bunch of their key players. Rookie sensation Kyle Kuzma was good again, scoring 22 points on 15 shots, and Randle added a double-double off the bench.

The free-flowing Chicago offense from the first half kind of disappeared after the break, as the Bulls relied on too many isolations and contested jumpers. Denzel Valentine led the way with 17 points and 9 rebounds (with 5-of-7 shooting from three) but the Bulls’ other potent perimeter players — like Lauri Markkanen and Justin Holiday — struggled to hit their open looks as the scoring dried up.