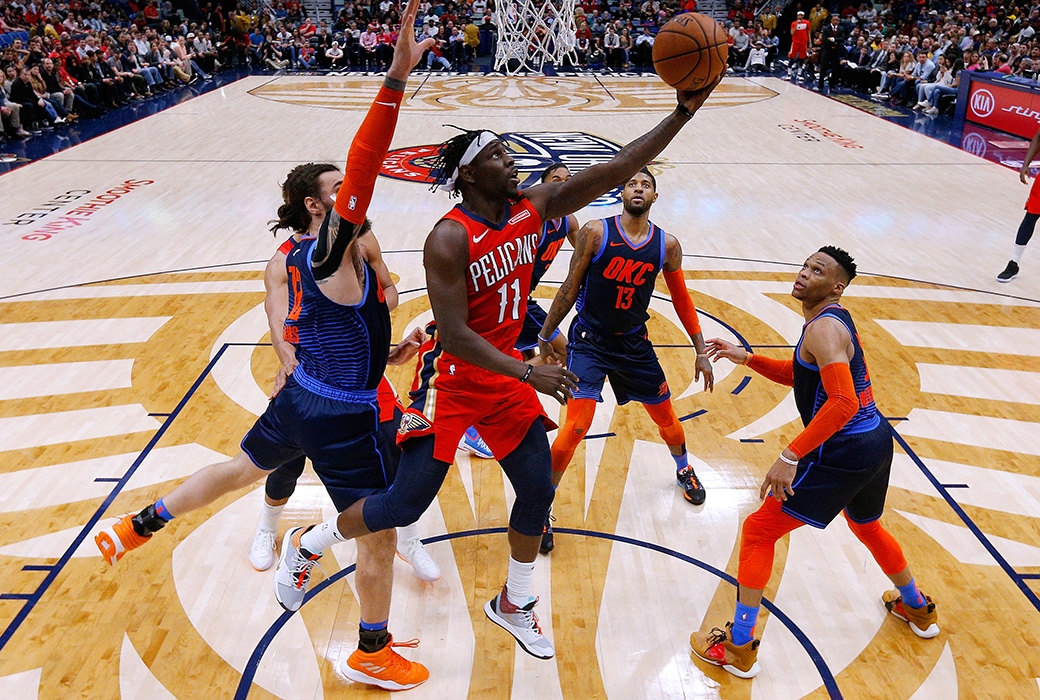 In a game with big playoff implications, Orlando completely dominated from start to finish. The Magic were up by 35 points at halftime and the lead seldom dropped below 30 during the second half.

Nikola Vucevic dropped 17 points with 11 boards, 4 dimes and a +16 plus/minus. Terrence Ross, aka the Human Torch, scored a game-high 21 points off the bench, including one dope reverse dunk that brought back memories of 2013.

With Orlando riding a five-game winning streak, could the Magic be the hottest team in the League heading into the All-Star break?

🗣️ They call him the HUMAN TORCH @TFlight31

New York outscored the Hawks by 12 in the second half to snap a franchise-worst 18-game losing streak.

Dennis Smith Jr led the team with 19 points and 7 dimes.

At the end of the second quarter, Anthony Davis injured his left shoulder and would later leave the arena with agent Rich Paul. But the Pelicans came out strong in the second half, outscoring OKC by 9 in the third quarter.

Despite a 44-point triple-double by Russell Westbrook, New Orleans was able to hold on to the lead in the fourth.

Jrue Holiday dropped 32 points with 7 dimes, 3 blocks and 2 steals while Julius Randle had a team-high 33 points with 11 boards and 6 dimes.