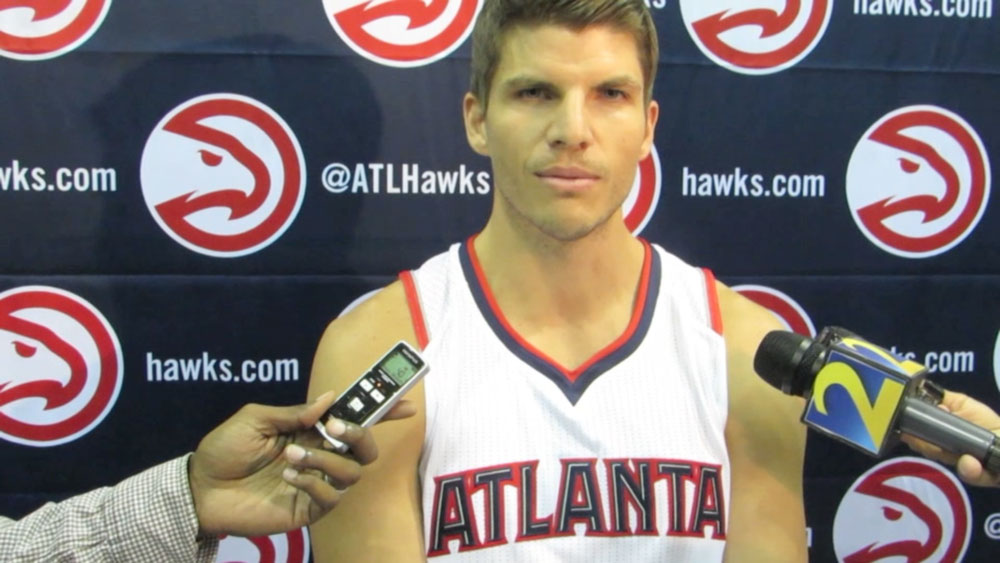 Atlanta, GA—This was not your average media day. Atlanta Hawks players and coaches were bombarded with questions about the suspension of general manager Danny Ferry.

Head coach and acting GM Mike Budenholzer said Ferry’s comments were of the past. The second-year head coach was already looking ahead to training camp and building off of last season’s playoff appearance.

Currently, the Hawks have seven guards vying for a spot in the rotation. Kyle Korver and Jeff Teague will start at guard, but it’s a toss up who will be the first off the bench in the backcourt. Shelvin Mack will probably back up Teague, but if Dennis Schröder can break out at training camp, then the tables can turn. Coach Budenholzer spoke highly of Schröder during media day, saying, “Dennis had a good summer, he’s maturing every day and learning how to get his teammates involved more. We expect him to come in and compete this year.”

As for John Jenkins, who sat out last year season due to injury, he said he’s in the best shape of his career and ready to compete. New additions Thabo Sefolosha and Kent Bazemore are very versatile players in size and skillset.

Entering his eighth season as a Hawk, Al Horford has not be cleared to participate in training camp. While the franchise is hoping Horford will be ready by opening night, behind Horford lies Pero Antic and Elton Brand. Antic logged more minutes than planned last season, but has good basketball knowledge and fits well into the Hawks offense. Brand resigned with Atlanta on September 23 and is expected to play a minimal role for the Hawks.

For the power forwards, the attention is focused heavily on what first-round draft pick, Adreian Payne, will bring to Atlanta. Payne, a 6-10, 245-pounder, is probably one of the most physical guys on the team. He is able to shoot the ball, run the floor and compete on both ends. Payne fits perfectly into Budenholzer’s system of “pace and space.”

Paul Millsap, who is in his final year of his contract, said he’s completely focused on taking the Hawks back to the Playoffs. The emoji man himself, Mike Scott, enjoyed a breakout ’13-14 season. He plays with tremendous energy on defense and is an accurate three-point shooter.

The Hawks are looking like a very talented group as they head to the University of Georgia for training camp on Tuesday. If they can put the turmoil of Danny Ferry’s comments to rest, they’re sure to succeed.