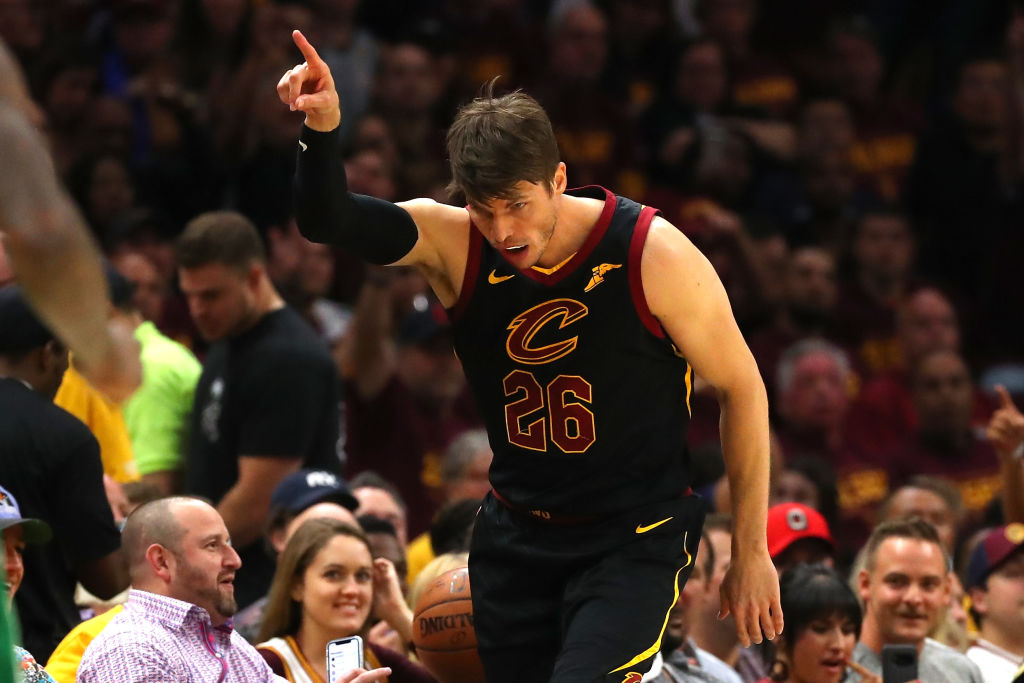 Kyle Korver finished with 14 points on 4-of-7 shooting Monday night, but it was the 37-year-old’s all-around hustle against the Celtics that continues to amaze his Cavs teammates.

Korver was able to fend off Boston’s young guns in Cleveland’s 111-102 Game 4 victory, which deadlocked the Eastern Conference Finals at two games apiece.

LeBron James, who wasn’t too shabby himself in the critical win, continues to rave about the trade that netted the veteran sharpshooter.

On Monday, Korver poured in 14 points on 4-of-7 from the field and 2-of-5 from 3-point range, as the Cavs moved to 8-1 in the 2018 NBA Playoffs when he reaches double figures. They are 30-9 when the regular-season record is tossed in.

“I’ve loved Kyle ever since we made the trade to get him here,” James said. “I have no idea how Griff [David Griffin] was able to pull that off still to this day. He’s just a true professional. There’s not many of us ’03 class guys still around. I feel like we’re just cut from a different cloth because we’ve been around for so long. We have this work ethic and you see him every day putting in the work, putting his mind, his body into it. It’s not about his age. I think it’s just always keeping his body in the right position, especially in tonight’s game.”