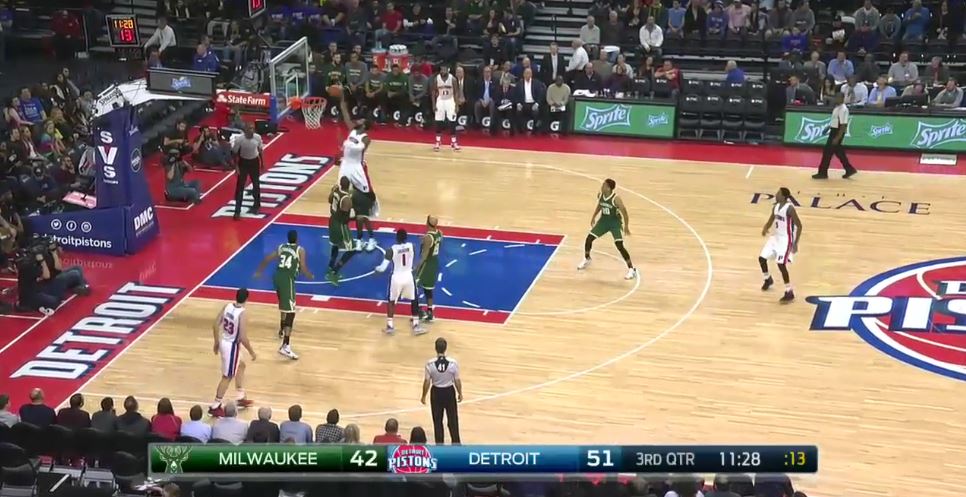 After posting a combined 88 points over his last three games, Reggie Jackson decided to get his teammates in on the act. Jackson threw a lob to Andre Drummond, who finished the job with a one-handed stuff while drawing contact from Khris Middleton. Leading Detroit to their third straight victory with 17 points with 23 rebounds, Drummond had reason to celebrate.