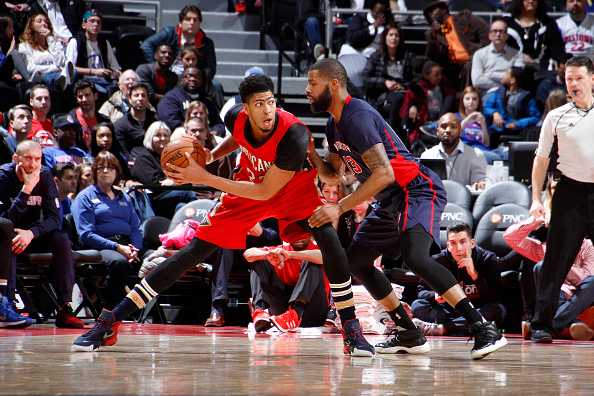 Anthony Davis went absolutely crazy against the Pistons on Sunday, toasting them for a franchise-record 59 points on 24-for-34 shooting, plus 20 rebounds to lead NOLA to a 111-106 victory. In 43 minutes, AD added 4 dimes and only had 2 turnovers. He was a +17. Just watch the highlights above to see the best from an unbelievable performance by The Brow.

Here’s some context to just how big a game it was for Davis:

Anthony Davis scores 59 points vs. Detroit, the most in NBA game since LeBron James scored 61 for Miami vs. Charlotte on 3/3/2014.

Shaq had one game. Welcome to the club, Anthony Davis!