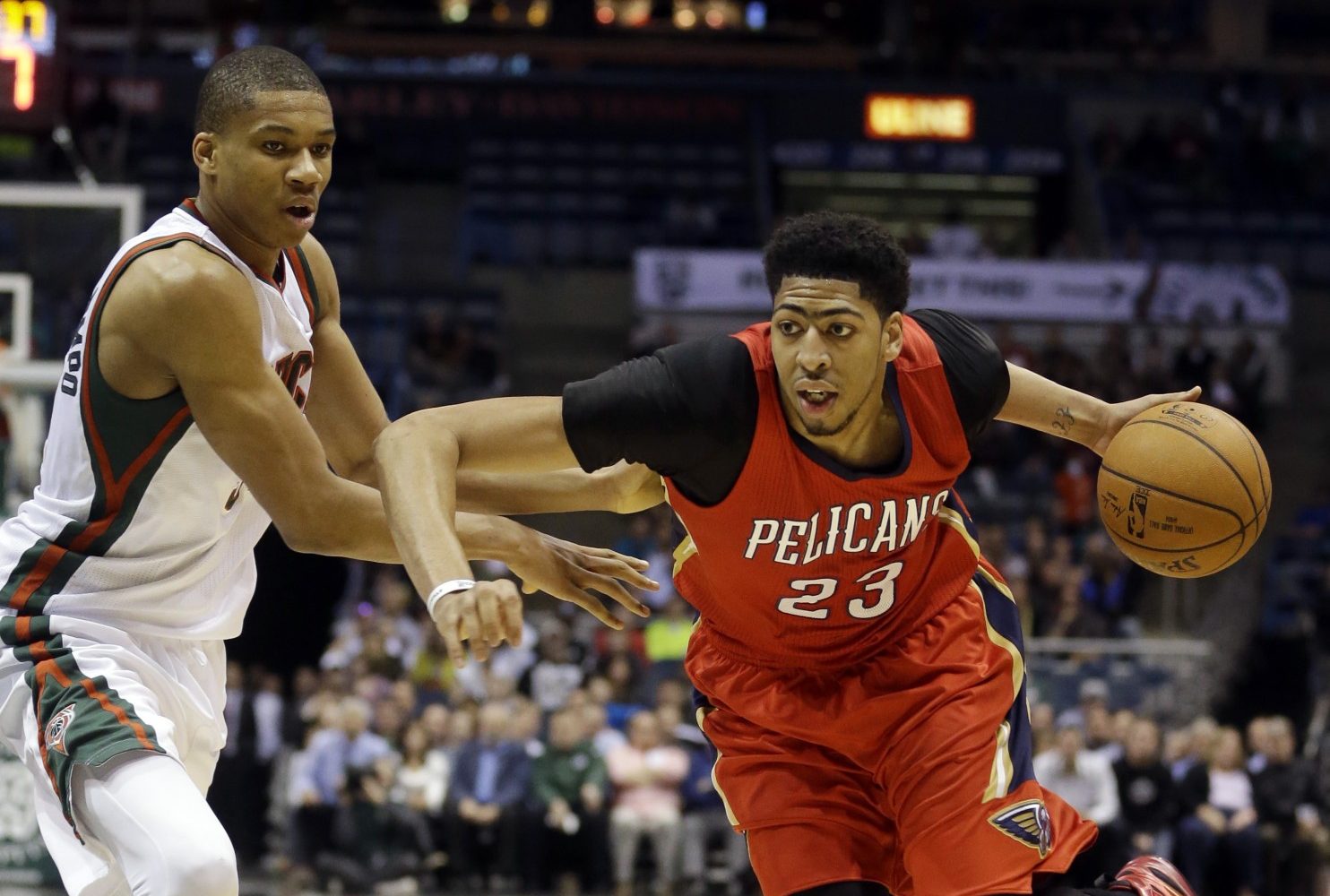 The New Orleans Pelicans escaped Milwaukee with a hard-fought 114-103 win Monday night against the Bucks, as Anthony Davis matched his career-high with 43 points (going 17-of-23 from the field) and added 10 rebounds and six assists.

The Bucks got a nice game from Giannis Antetokounmpo, who set a career-high with 29 points in the loss.

Davis was simply unstoppable down the stretch, hitting numerous big shots to secure the road victory.

Davis simply refused to let the Pelicans lose after the Bucks had taken a 101-100 lead on a drive by Antetokounmpo with 3 minutes, 36 seconds remaining. […] The Pelicans star scored the next eight points for his team, and his clutch 19-foot jumper with 50.9 seconds left gave New Orleans a 108-103 lead.

“I just knew what position we are in,” Davis said. “We’ve got to win games. I wasn’t trying to lose tonight. That was my mind-set. Especially once Tyreke (Evans) went down, I knew guys were going to lean on me more.” […] Evans, the Pelicans’ starting point guard, had to leave the game with a left ankle injury and did not return.

“When he’s hitting his jump shot like you saw tonight, he’s a tough cover,” (John) Henson said of Davis. “We’re not the first team to see it and won’t be the last. Down the stretch I think we had a chance, but AD finished it out for them. That’s why he’s the man there. We couldn’t stop him tonight and that ultimately lost us the game.”