Antonio Blakeney Dunks On Julius Randle, Gets T’d Up

The rookie got up, and stared down. 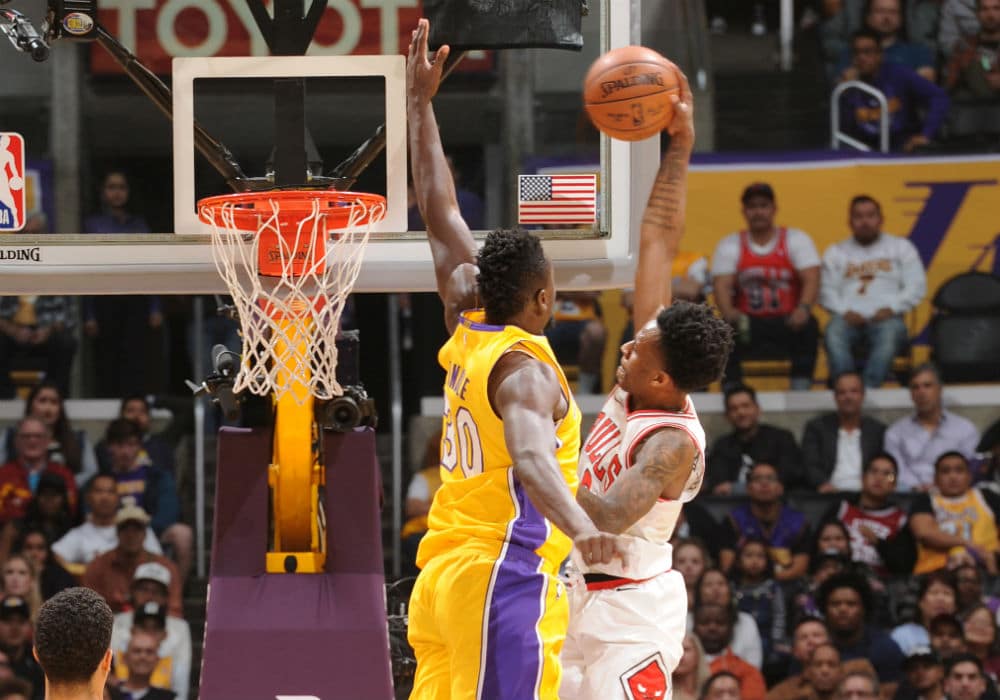 The Bulls had a big first half against the Lakers at Staples Center on Tuesday night, leading 56-42 at the break. A big reason for that was the play of rookie Antonio Blakeney, a teammate of Ben Simmons at LSU. Blakeney — in just his 5th NBA game — dropped 15 points on 6-of-11 shooting in 10 minutes to help Chicago get ahead.

But his most impressive, and disrespectful, move of the half was when he caught a deep pass from Jerian Grant on the fastbreak, took a few dribbles and dunked over the outstretched hand of Julius Randle. He then stared down Randle for a little, and was called for a technical. It was worth it.

The Slam and the Stare 😶 (via @chicagobulls) pic.twitter.com/5Qi8b6uMoa

It wasn’t a full poster — Randle didn’t get fully in front of Blakeney — but for a rookie on a two-way deal, that was enough. Props to him for having the confidence to show up a big dude like Randle on the road…in the second quarter.