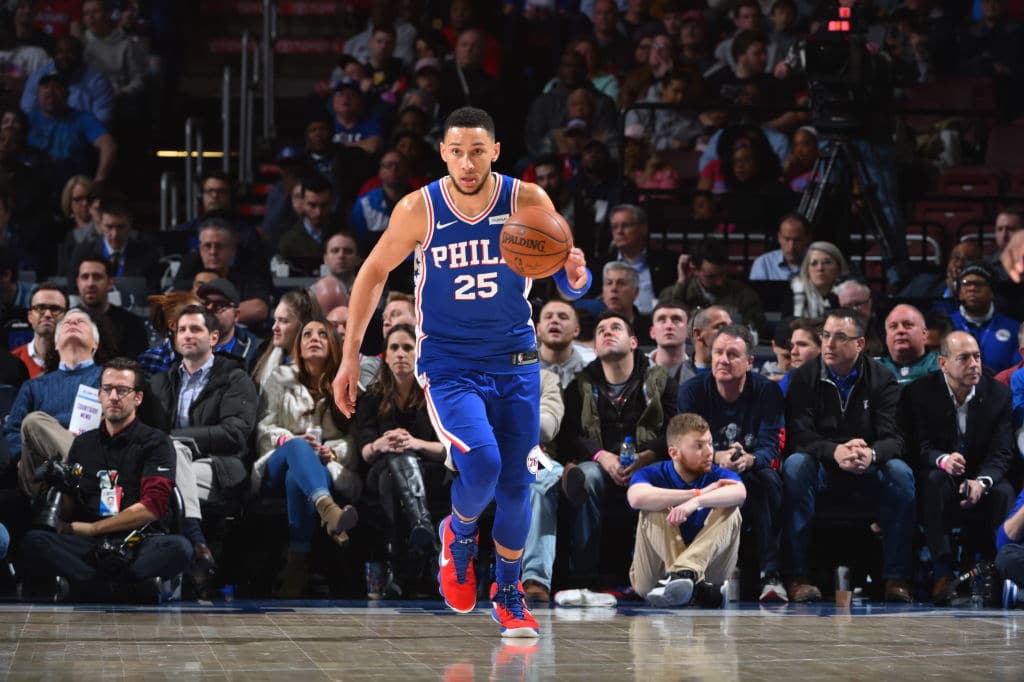 Ben Simmons recorded his ninth triple-double of the season, and says that thanks to his Sixers teammates, it was a piece of cake.

#Sixers PG @BenSimmons25 talks to @phillysport during a postgame one-on-one about what he called his easiest triple-double of the season. pic.twitter.com/7N62EW4NHR

The rookie forward finished with 11 points, 15 assists and 12 rebounds in Philadelphia’s third straight win, as they held off the visiting Charlotte Hornets 108-94.

Joel Embiid added a game-high 25 points to go along with a career-high-tying 19 rebounds and four blocks.

“That was probably the easiest triple-double I’ve had because they were hot. My teammates were hot,” [Simmons] said. “Finding guys, if they are sagging off me, I’m just going to find my guy, set a screen. He’s wide-open.

“So the reason it seems easy for me is because they make it easy for me.”

He moved ahead of Magic Johnson for the second most triple-doubles by a rookie when he posted his eighth against the New York Knicks on Thursday. Oscar Robertson produced a rookie-record 26 as a Cincinnati Royal during the 1960-61 season.

“It’s kind of surreal,” he said of being mentioned with all-time greats. “I think during the season it’s kind of hard to take it all in and accept what’s happening and appreciate it because so much is going on.

“We are worrying about playoffs and winning games. It’s surreal to hear things like that. But I have a long way to go.”