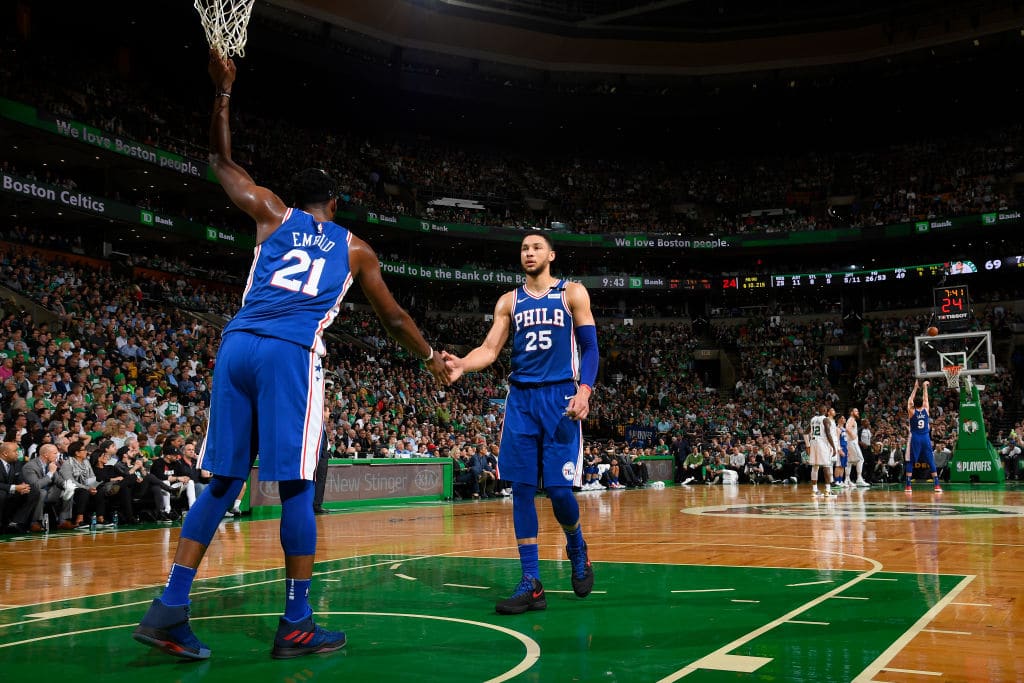 The Sixers are headed home for the summer, but its two young stars envision a very bright future in Philadelphia.

Ben Simmons told Joel Embiid that the duo will eventually slide plenty of championship rings onto their fingers.

Philly’s charmed season came to end Wednesday night in Boston, as they fell 114-112 to the Celtics in Game 5.

“We have a bright future. We’re going to be fine.”

The Sixers left TD Garden with a stinging disappointment after losing their second-round series 4-1 to the Boston Celtics. But there was an underlying optimism about what might lie ahead for Philadelphia. After winning just 23 percent of their games in the previous four seasons in an attempt to build through the NBA draft, the Sixers finished the regular season with 52 victories and won a playoff series for the first time since 2012.

“The feeling right now is I didn’t want to be done,” said Simmons, who finished an uneven series with 18 points, six rebounds and six assists in Game 5. “I felt like I had lot more to go.”