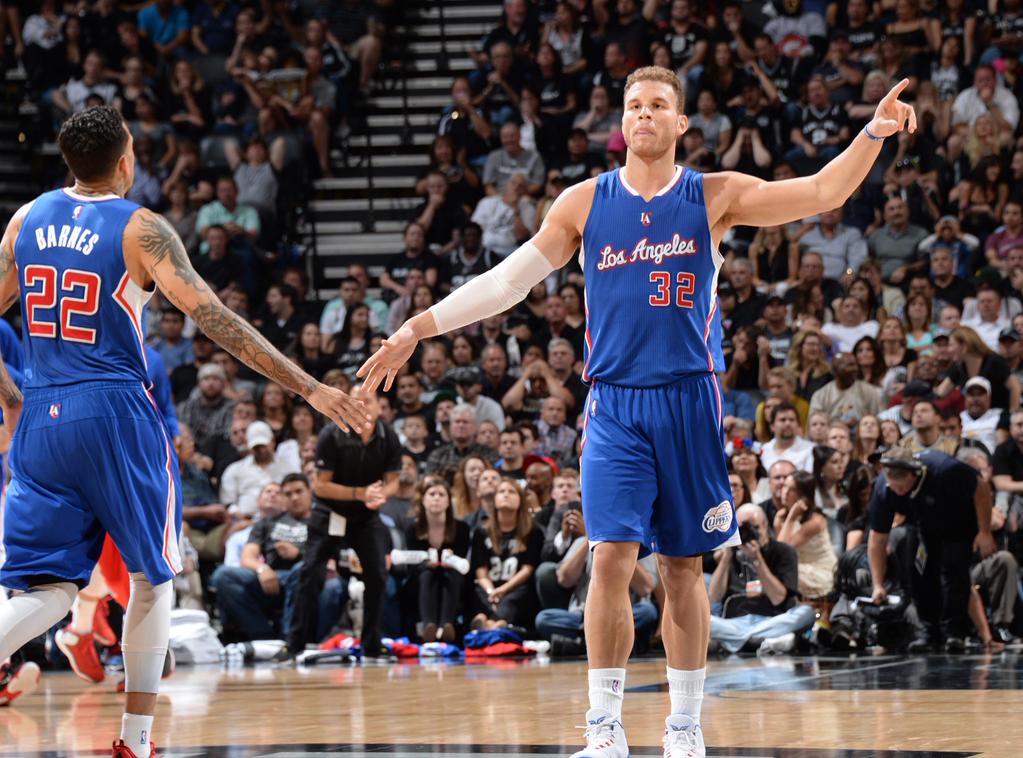 And back to Los Angeles for one final meeting they go.

Neither team was particularly happy with their performance last night …

… But it seems fitting that this hard-fought series reaches a do-or-die Game 7.

“We missed shots. We made mistakes,” Blake Griffin said. “But the way we kept fighting …” […] After losing tight ones in Game 2 and Game 5, the Clippers focused on the right “E” word down the stretch Thursday. Coach Doc Rivers said his bunch was concerned with “execution” and not “elimination,” pushing through to grab a 102-96 victory in Game 6.

Chris Paul scored 15 of his 19 points in the second half, a major factor in forcing a Game 7 at Staples Center. The deciding game will be played at 5 p.m. Saturday […] “This series should go seven,” Rivers said. “It’s right.”

“It’s been entertaining,” Griffin said. “Even to play in it, even to experience three losses no matter what happens … the fourth quarter, it’s almost anybody’s game.” […] “We haven’t done anything just by winning this game,” Griffin said. “There’s still another game to be played.”