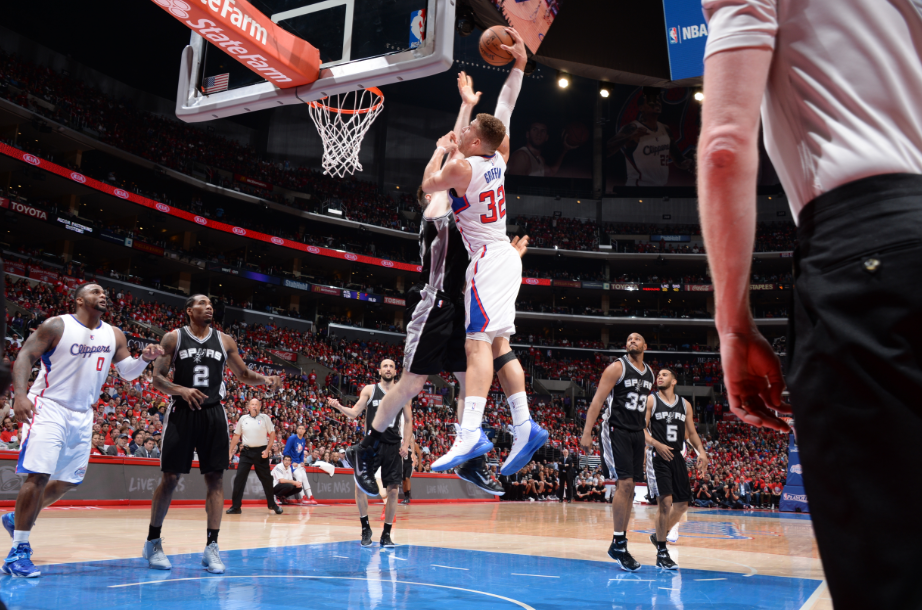 Griffin (26 points, 12 rebounds) and Chris Paul (32 points, 7 rebounds, six assists) led the way for the Clips in the season opener.

“The team goes as we go and we sort of feed off each other,” Paul said. “Blake was so aggressive early and it opened it up for me.”

“The game was their defense was better than our offense,” said Popovich, who provided a summary after reporters’ questions weren’t to his liking. “Their aggressiveness, their physicality, their athleticism really hurt us offensively.”

The Clippers’ offense also hummed for most of the game. Crawford scored 17 points on seven-for-10 shooting for the Clippers, giving them all the production they would need from their much-maligned bench. […] The Clippers’ stars made all the difference as they stretched a nine-point lead to 18 late in the third quarter, with Paul and Crawford making three-pointers and Griffin — who also had 12 rebounds, six assists, three blocks and three steals — continuing his mastery of the Spurs’ Aron Baynes.