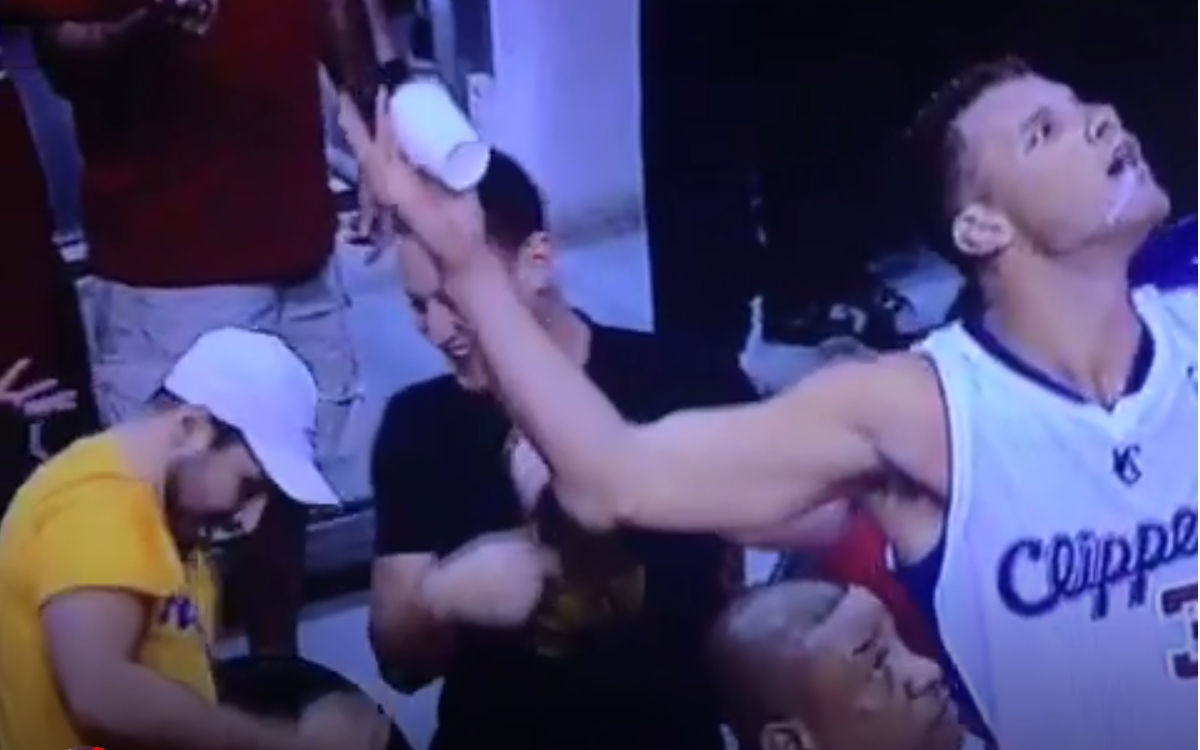 Blake Griffin had a rough outing on Saturday—fouling out after only 19 minutes—and as a he watched the play that earned him his final foul call, he doused a fan seated in the front row who just happened to be dressed head-to-toe in Warriors gear.