Blake Griffin is Back (VIDEO) 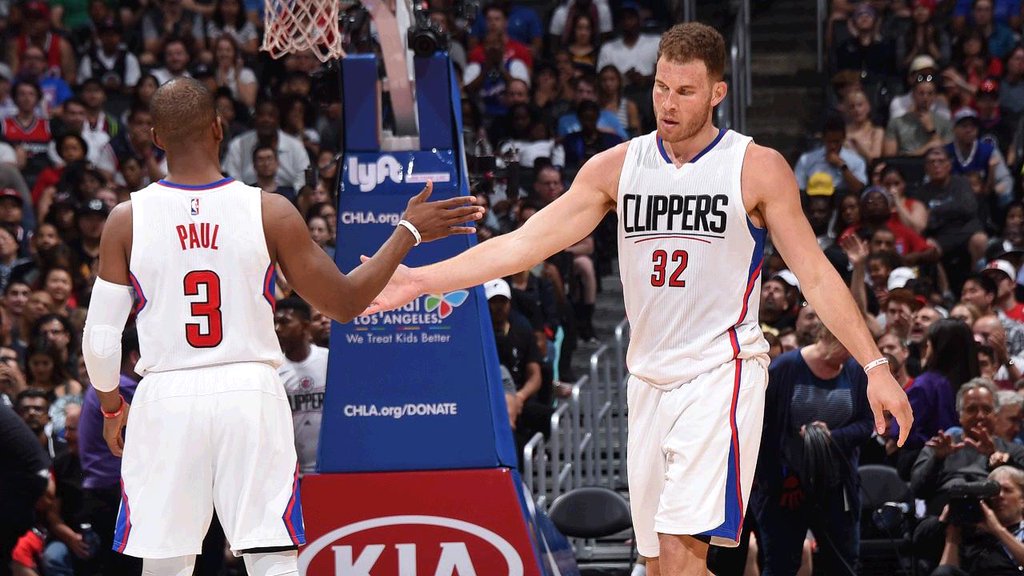 An understandably-rusty Blake Griffin made his return Sunday after sitting out 45 games, helping the LA Clippers hold off the visiting Washington Wizards 114-109.

The five-time NBA All-Star finished with six points and five boards in 24 minutes of action.

Chris Pau led way with a game-high 27 points and a dozen assists.

Blake Griffin said some strange thoughts entered his head as he slipped behind the Washington Wizards’ defense and prepared to take a lob from Chris Paul. […] “I just remember it was the first time thinking, ‘Please don’t throw it too high,’ Griffin said, alluding to the effects of not playing for the Clippers for more than three months. “Normally, I’m ready to go for those.”

There were also lots of less memorable moments in Griffin’s return after a 45-game absence. He missed five of seven shots, struggled to catch passes cleanly and appeared in less than optimal shape.

The Clippers (48-28) clinched at least the No. 4 seeding in the Western Conference and home-court advantage in the first round of the playoffs after Paul took an inbounds pass with three seconds left on the shot clock, sidestepped Washington’s John Wall and pulled up for a three-pointer that provided a 113-107 lead with 22 seconds left.