We celebrate BG's birthday with his best slams. From Mozgov to Perkins, which Griffin dunk takes the top spot? 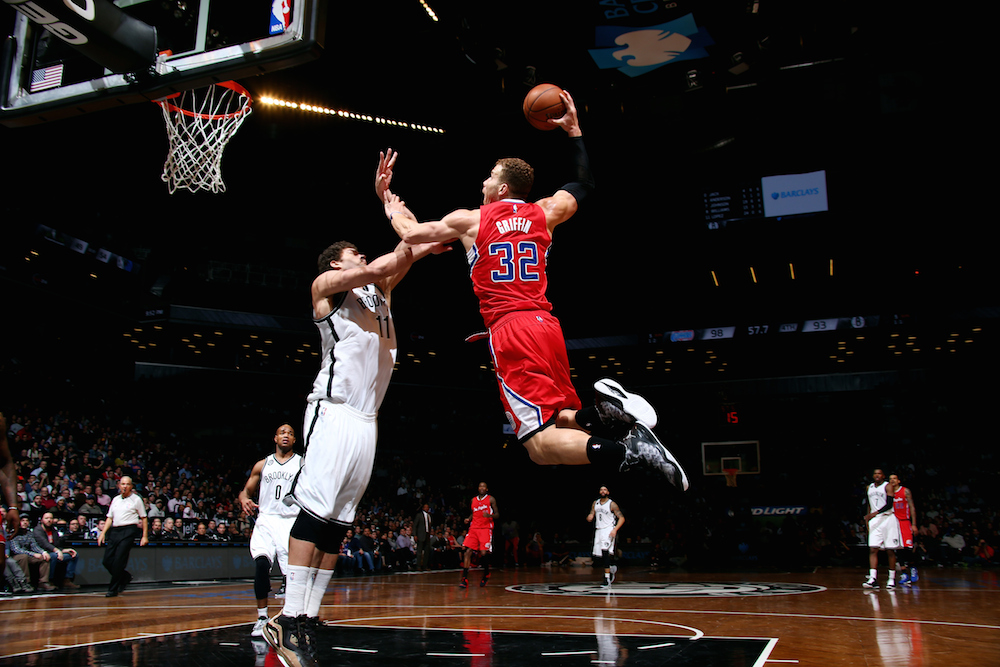 We all know he’s way more than just a dunker at this point. But it’s much more fun to watch Blake Griffin posterize Timofey Mozgov for the thousandth time than it is to watch him run the pick-and-roll and flare out for a pretty elbow jumper. Griffin is having yet another all-around great year for the Clippers, averaging 23 points and 8 rebounds per game as the Clippers are right in the middle of the title hunt yet again. After sitting out three weeks for a staph infection Griffin is back healthy for the Clips, and today he celebrates his 26th birthday. To celebrate, we’re counting down Blake Griffin’s 26 best dunks.

Even in high school, you knew he was going to be something special. Griffin won the 2007 McDonalds All-American Dunk Contest after breaking out several windmill dunks.

25. Throwing down a windmill dunk against Colorado

It seems like the windmill was a speciality of Blake Griffin from the minute he could dunk.

24. Hitting his head on the backboard dunking against Syracuse

If you thought only Russell Westbrook was capable of hitting his head on the side of the backboard, think again. Griffin was doing it back in college.

23. Putting on a show against Oklahoma State

Three monster dunks in one game will have anyone freaking out, but the announcers in this one are particularly great. Screaming “Look out!” as Griffin rises up for each monster slam is a nice touch.

Of course, this was only an appetizer to the eventual posterization of Timofey Mozgov, but Griffin got going with this nice one-handed dunk.

If you’re going to a game, be sure to show up early just to see Griffin put on a show during warm-ups.

Jeff Van Gundy just smiled and laughed after Griffin did this before a game in 2013.

Duncan knew better than to put his body in front of Blake Griffin, only tossing out his arm to try and stop Griffin from throwing it down. Sorry, TD.

19. The origins of Lob City

His head is a solid foot-and-a-half above the rim on this ridiculous dunk from his rookie year.

It may have been in a preseason game, but this dunk is impressive nevertheless.

These two connect on two ridiculous posessions in a row.

Sure it was an exhibition, but these two were in midseason form for a lot of the dunks in this video.

15. Destroying some poor fool in the NCAA Tournament

You can see the exact moment the Michigan defender realized it was a horrible idea to try and take a charge on the next No. 1 pick in the NBA draft. The Sooners would go on to make it to the Elite Eight that year.

14. The hammer slam over Ibaka

Watch the fans in the front row. The Thunder and Clippers may have a ferocious rivalry but those sitting courtside can’t help but lose it when they witnessed Griffin go nuclear on Ibaka.

13. Hibbert didn’t know what hit him

After watching enough of these, you can see them coming before they happen. The pick-and-roll leaving Griffin open on the baseline, the big man coming over to help, then the massive dunk.

12. Going with the left hand to dunk over Batum

So many of Griffin’s dunks happen with his right, so it’s pretty refreshing to see him go with the left hand for a change, especially when it’s over someone as big as Nicolas Batum.

11. Dunking over the car

BG won the 2011 All-Star Slam Dunk Contest with this dunk, and it’s probably still his most famous.

10. Griffin runs the floor and slams on Kaman

Chris Kaman never stood a chance against Blake Griffin running the length of the court and flying in for the dunk.

This is just not fair. He hit him with the spin move and then posterized him. Just a filthy combination of ball handling and dunking ability.

7. Crawford and Blake put on a show.

This would be a legit 10 in a slam dunk contest, and these two pulled it off in a game.

6. Griffin takes off into a crowd

Timofey Mozgov may have been wearing a Denver uniform this time, but it didn’t stop him from being on the receiving end of another dunk. When Griffin catches the ball, the lane is packed with traffic, and it doesn’t even matter.

4. The putback over Pau

Twice in the same game Blake Griffin put Pau Gasol on a poster. The first dunk is about as devastating a putback dunk you can get.

3. The world discovers who Timofey Mozgov is

Mozgov had barely begun playing in the NBA after a move from Russia, and Blake welcomed him with this absurd dunk. Griffin had his left hand on the back of Mozgov’s head, and Ralph Lawlor’s reaction makes this an all-time great YouTube highlight.

Has Perkins ever recovered from this? This dunk really marked the turning point for a guy who once played with a championship Celtics team, and has since been traded for Dion Waiters.

Pau Gasol is 7-feet tall and Blake Griffin sent him flying backwards. This is the posterization to end all posterizations.

Have a beef with our countdown of Blake’s best dunks? Hit us in the comments section! 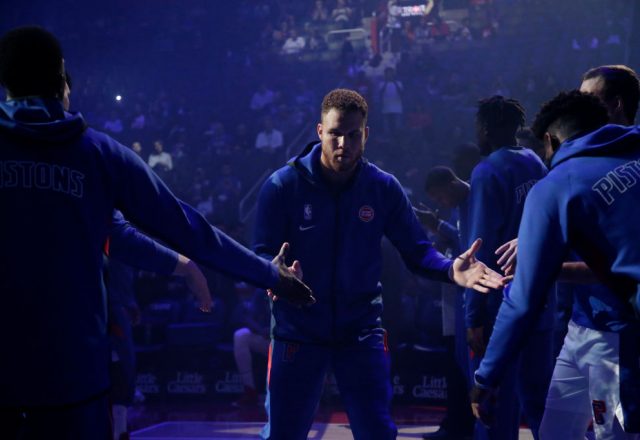