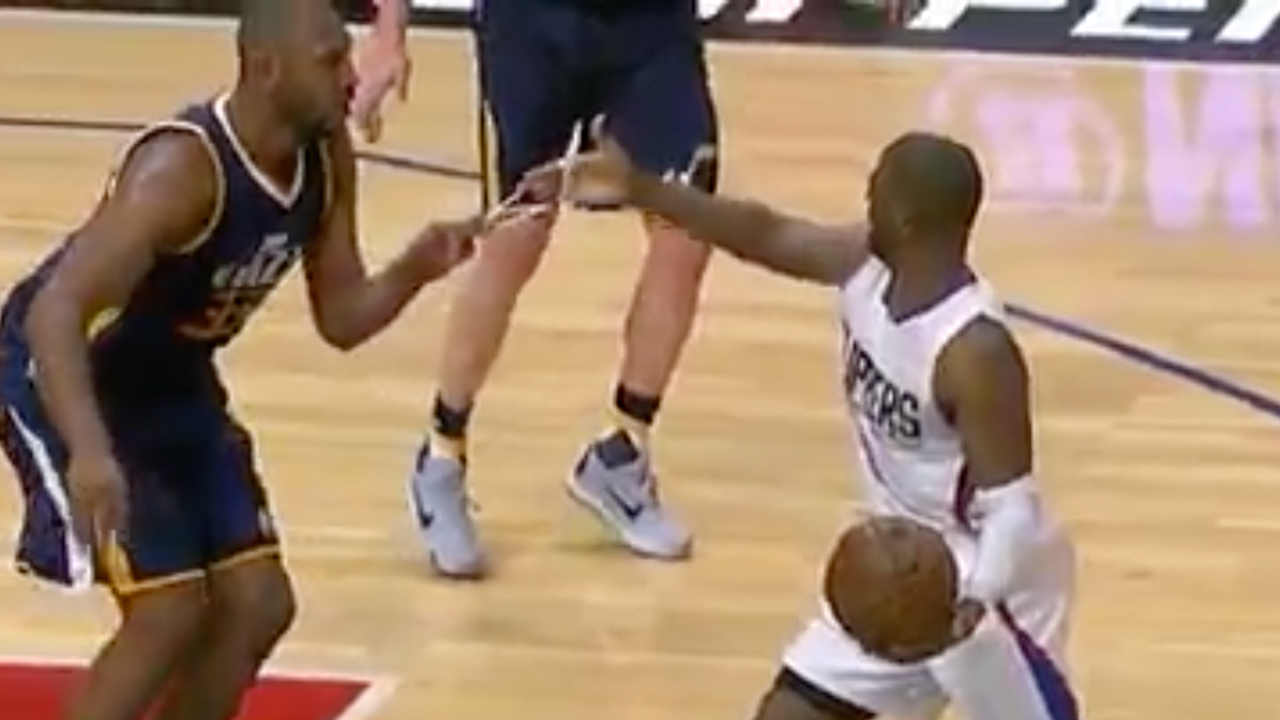 Chris Paul has played with the same wristband since his rookie season, but losing it mid-game was probably a first.

During the Clippers’ 99-91 Game 2 victory on Tuesday, Boris Diaw got his hand caught under CP3’s wristband as he went for a steal, and sent the band flying once it came off.

Rebecca Haarlow asked CP3 about the importance of his wristband after the game. He said that his wife and kid’s names are on the wristband.