The Lakers walked it off. 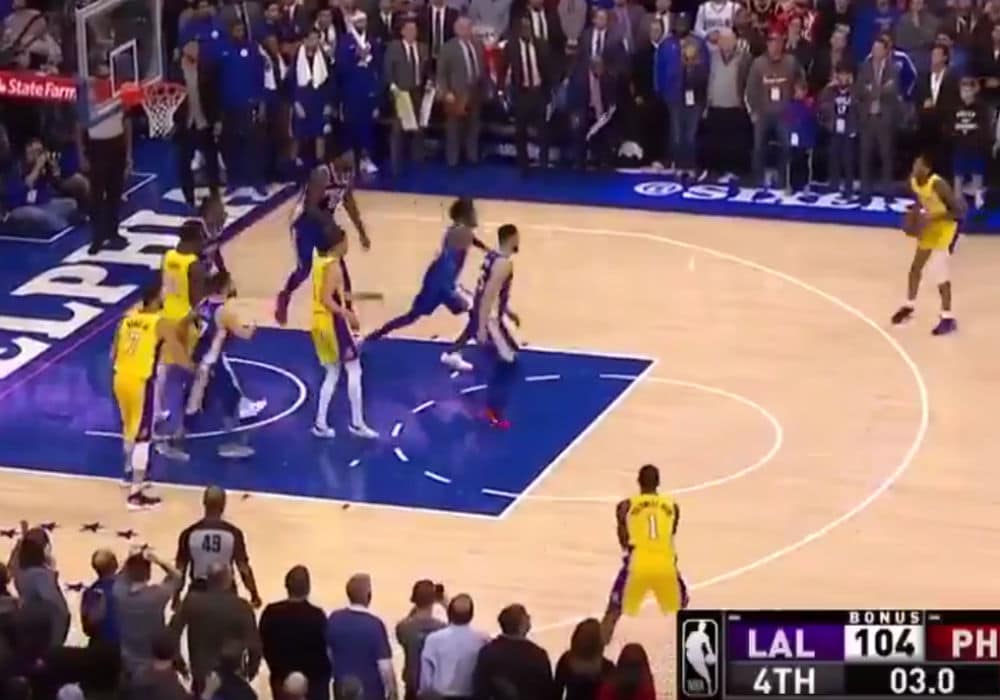 Both Lakers-76ers games this season — featuring some of the NBA’s best young talent — have been incredible. Philly won the first matchup in L.A. behind 46 points, 15 rebounds and 7 assists from Joel Embiid and a near triple-double from Ben Simmons. Tonight, it was the Lakers who got the W.

L.A. led by 15 early in the fourth quarter, but the 76ers stormed back behind Embiid and Richaun Holmes. The game was tied at 104 apiece when Lonzo Ball rebounded Embiid’s missed layup as, with the shot clock off, the Lakers some time to kill before making a move. Lonzo drove baseline with around 5 seconds left, drawing all five 76ers to the rim. That left Brandon Ingram wide open on the wing. After a nice dish from Lonzo, this happened:

Just how they drew it up. BI was only 7-for-21 from the field on the game, but he made the shot that mattered most with less than a second remaining on the clock. It ended up being the game-winner, and it came off Lonzo’s 8th assist of the night. Ingram’s improvement has been noticeable this season and, with a sweet stroke and super-lanky frame, there’s no reason to think he can’t get keep getting better.