Brandon Knight Freaks Out and Passes to a Fan (VIDEO) 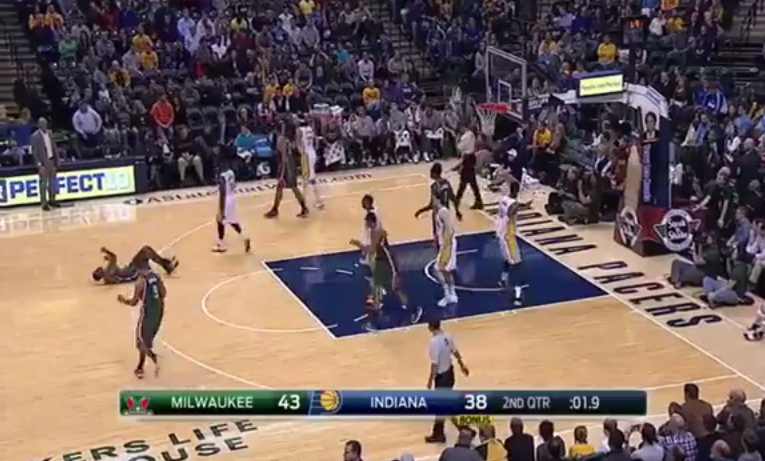 Milwaukee Bucks point guard Brandon Knight played well Tuesday night, but he once again made the highlight reels for the wrong reasons.

Knight jumped up in the air, appeared to change his mind, and then seemingly lost control of his own body and chucked the ball into the first row of seats.

Point guard Brandon Knight had an impressive evening as he led the Milwaukee Bucks (2-2) with 23 points in a victory over the Indiana Pacers (1-3).

At the end of the first half, Knight appeared to be caught between shooting and passing, and the result wasn’t pretty.