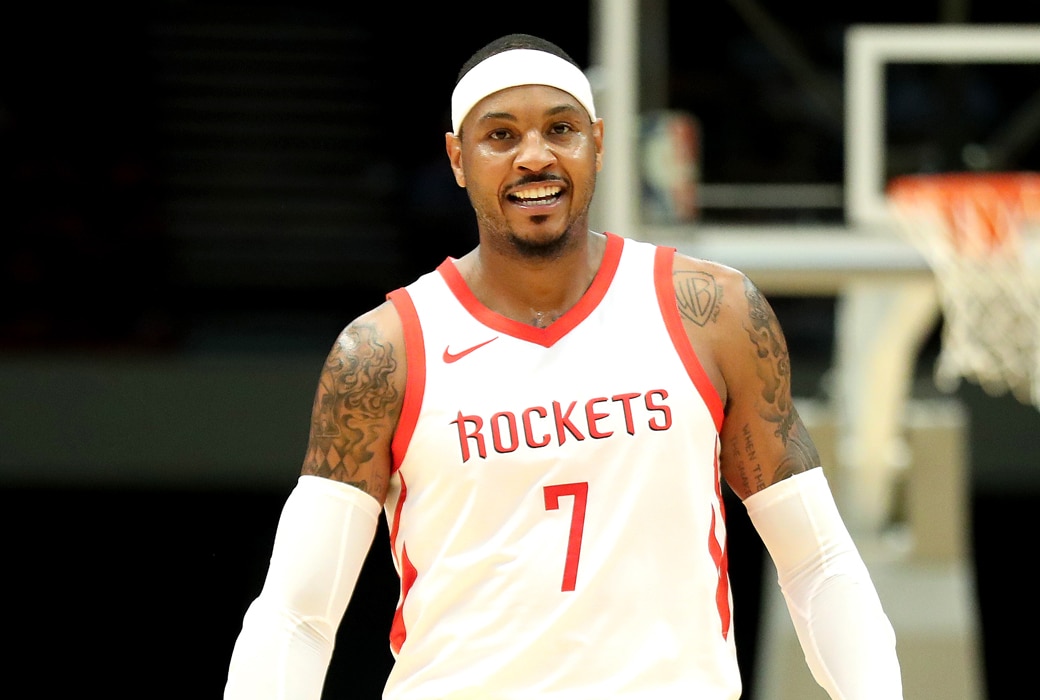 After making a career out of the mid-range jumper, Carmelo Anthony jokingly apologized to his Rockets teammates after shooting a long two-pointer during the Rockets’ 131-115 preseason win over the Grizzlies on Tuesday.

Houston, of course, has attempted the most threes in the League for two years running.

In his first game wearing a Houston uniform, Carmelo dropped 13 points on 4-8 FG in 23 minutes.