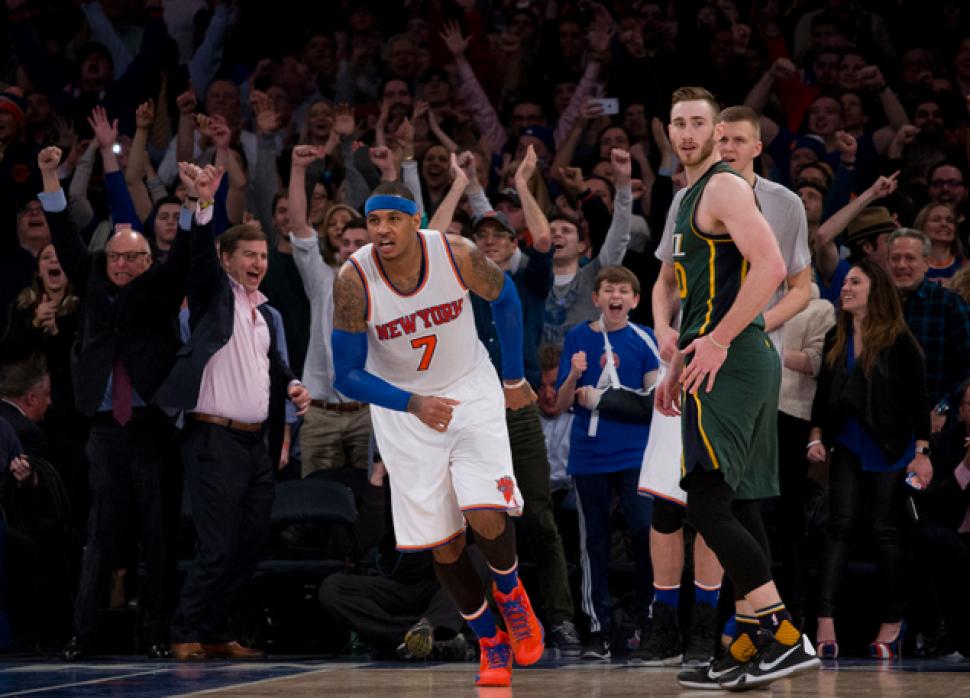 Getting buckets is and always will be Carmelo Anthony’s calling card, and the main reason he’ll one day make it into the Hall of Fame.

The New York Knicks, who beat the visiting Utah Jazz 118-111 in overtime, are trying to expand other parts of Anthony’s evolving game.

Anthony finished with nine on the night and was facetiously wondering why he couldn’t be credited for one more. […] “They should have given me a hockey assist,” he said with a laugh.

Yes, Anthony’s assault on the theory that he’s not a willing passer continued in the New York Knicks’ 118-111 win over the Utah Jazz. […] He assisted on one-third of the Knicks’ made baskets during his time on the floor. He led New York in assists for the 17th time this season. And his assists came in crucial moments.

“He showed a level of trust in his teammates that is required for us to be successful,” Knicks coach Derek Fisher said. […] “The interesting thing for Melo is that there’s this land of opportunity out there that he has not quite accessed yet. And that’s what we’re here to do alongside of him,” Fisher said. “He’s a prolific scorer, no doubt about it. But I think the other parts of the game that he’s capable of dominating in as well, those are the parts that will elevate him and elevate our team. That’s what we’re trying to do.”