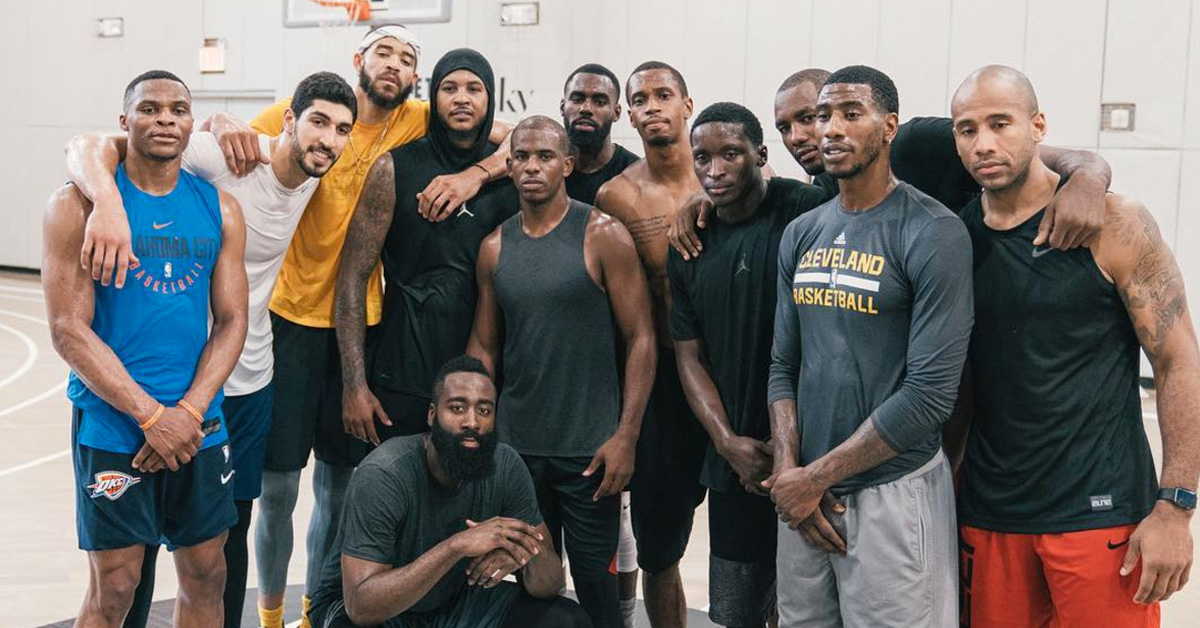 In a potential Rockets preview—should Houston and the Knicks work out a deal—the three All-Stars went to work against the likes of Russell Westbrook, Victor Oladipo and Iman Shumpert.