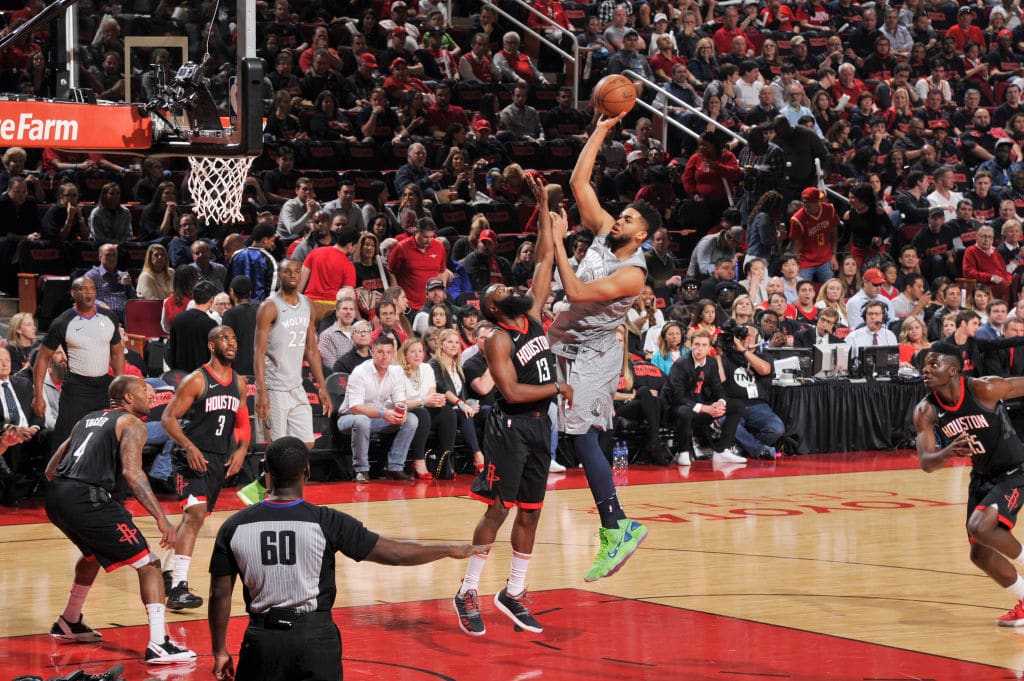 Having watched the Rockets bottle up Karl-Anthony Towns for two consecutive playoff games—the big fella has scored a total of 13 points in the first-round series—Charles Barkley has concluded that KAT is “so limited offensively” and that the big fella needs to retool his game during the offseason.

"He's got a long way to go offensively… he's got to get into the gym and work on his game this summer." – Chuck on KAT pic.twitter.com/rgRlF8WIeL

“What it really shows me, Ernie, is the limitations of his game,” Barkley said on TNT Wednesday night.

“He got a long way to go offensively. I mean those shots he’s getting, those aren’t big man shots. Those are like a 7-footer shooting fadeaways against little guys. He’s got to get in the gym.

Towns finished with just five points in last night’s 102-82 Game 2 loss in Houston, and the Timberwolves are headed back to Minnesota down 0-2.

KAT says he can’t afford to be frustrated by his lack of offensive production.

“I just go out here and I just try to find ways to win,” Towns said after scoring only five points as his Minnesota Timberwolves dropped to a 2-0 series deficit with a 102-82 loss Wednesday night to the Rockets. “I’m not looking for statistics and all that hype and glory and all that B.S. that doesn’t matter. I’m here for wins and dubs — whatever I’ve got to do to win the game.”

Towns, who scored eight points in the Timberwolves’ Game 1 loss, is off to a historically poor postseason start for a player of his pedigree. According to the Elias Sports Bureau, Towns’ 13 points through two playoff games is tied for the third fewest in NBA history for a player who averaged at least 20 points per game that season, ahead of only Paul Arizin in 1957 and Truck Robinson in 1979.