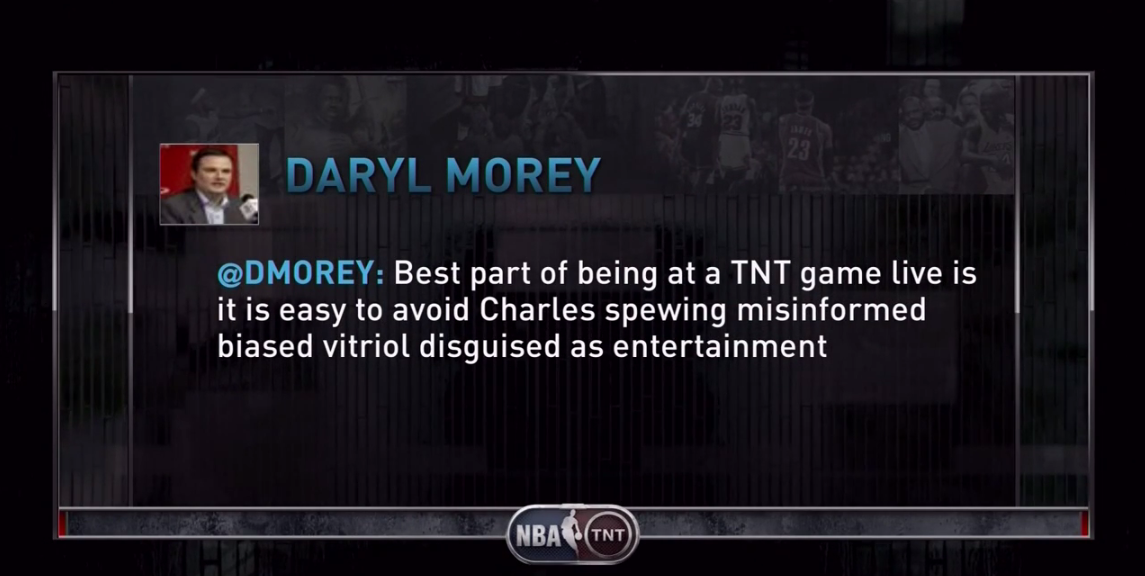 TNT analyst Charles Barkley has no patience or respect for the advanced stats movement in the NBA.

Houston Rockets general manager Daryl Morey took a shot at Sir Charles during Tuesday night’s nationally-televised tilt between the Rockets and Phoenix Suns, pushing Chuck to hilariously go in on Morey and his cult of stat nerds.

In an amazing twist of fate, Barkley will be moderating a panel on analytics during All-Star Weekend.