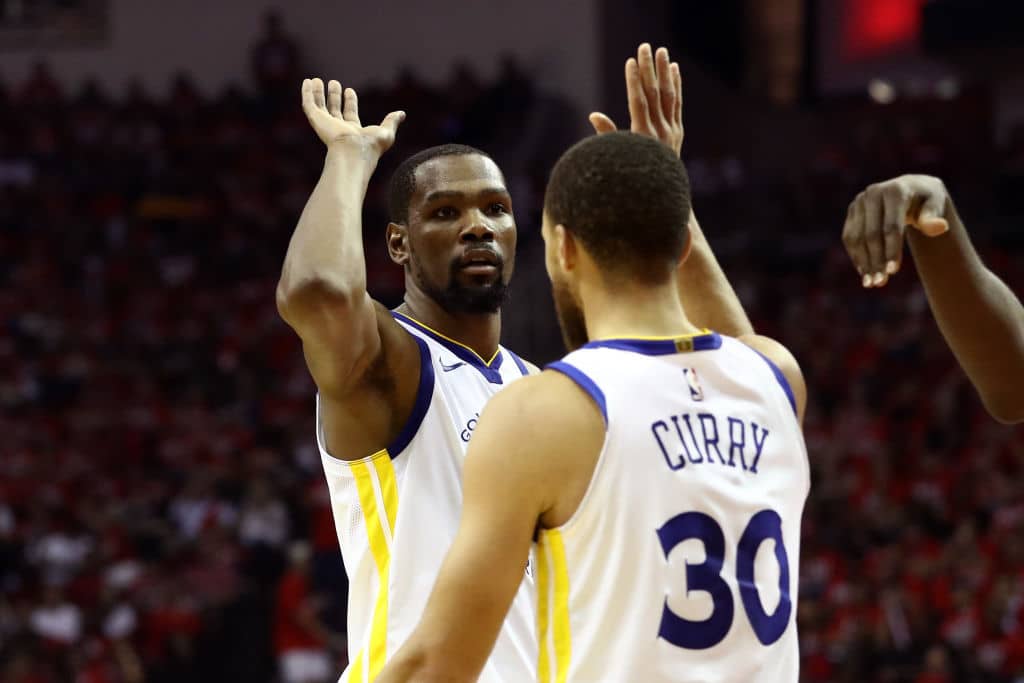 As far as Charles Barkley is concerned, the Western Conference Finals are over after just a single game.

The Warriors’ 119-106 victory against Houston convinced Sir Charles that Golden State will make quick and easy work of the Rockets.

Shaq & Chuck are even more upset after Game 1 😂#InsideTheNBA pres. by @Kia NOW on TNT! pic.twitter.com/bI0v1VpQg9

“Anybody who thinks the Rockets are gonna win a game or win this series is an idiot,” Barkley said.

Kevin Durant led the way for the Dubs with a team-high 37 points as the defending NBA champs took away Houston’s home-court advantage.

The Golden State Warriors might as well have loaded up in the family minivan for their trek to Houston from the West Coast, the way coach Steve Kerr painted the picture of the Western Conference finals finally cranking up on Monday night at Toyota Center.

“We’ve all been ready for this for the last few days,” Kerr said, prior to the Warriors turning the Rockets into road kill 119-106 in the opener. “Obviously it’s been an anticipated matchup, but you never know in the NBA. It’s a feeling of, ‘Are we there yet? Are we there yet?’ Like you say to your parents when they’re driving you across the country.

“I felt like that’s what my players were asking me all season. … (But) you have to stay in tune with the things that make you who you are.”