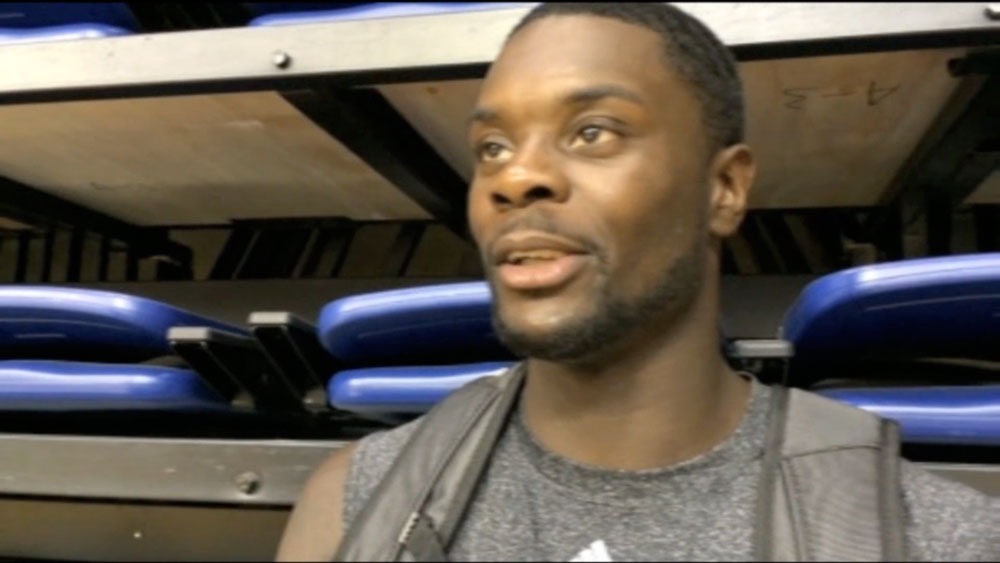 Asheville, NC—Day 2 is down in the books at the Charlotte Hornets training camp.

The focus of the Hornets camp Wednesday fell heavily on big man, Al Jefferson. Jefferson says he’s completely healed from his “plantar fascia” injury that plagued him throughout last season’s Playoffs series against the Miami Heat. He described the sharp pain on the bottom of his foot as walking on hot coals. Jefferson said he wakes up every morning with tightness, but it hasn’t affected him.

Hornets head coach Steve Clifford said Marvin Williams and Lance Stephenson will start alongside Kemba Walker and Al Jefferson. That means the last starting role is still a toss up between Gerald Henderson and Michael Kidd-Gilchrist.

Walker continues to be a force to reckon with, improving as a floor lenient and playmaker. Recently signed backup point guard Brian Roberts should allow Walker to conserve energy for the end of games.

Lance Stephenson seems to be fitting in perfectly with his new team. Clifford expressed Wednesday how excited he is to have the ex-Indiana star, but says he’s far from a finished product. Clifford says he doesn’t want Lance to see himself as a scorer first but rather to focus on versatility. Lance may have dreams of being the next big rapper but he said he’s putting that on hold until the summertime for now it’s all “basketball, basketball, basketball.”

Kidd-Gilchrist has made huge strides in the team’s offseason in both conditioning by dropping 8 pounds and developing a reliable jump shot. MKG said, “I’ve completely revamped my whole shot. It’s not just one thing, I worked on footwork to basic fundamentals.”

Williams, heading into his 10th season, has become a productive player throughout his career. He has a nice three-point shot and can defend multiple positions. As for first-round pick Noah Vonleh, he hopes to be cleared to practice in the next two to three weeks. Vonleh has been cleared by doctors to use the elliptical machine and start some light shooting and jogging.

The Hornets are not yet a title-contending team, but an Eastern Conference playoff threat for sure. They’re a defensive threat with a deep, talented bench. The Hornets should absolutely be on your radar this season.