Chris Bosh Back on the Court After Blood Clot Scare (VIDEO) 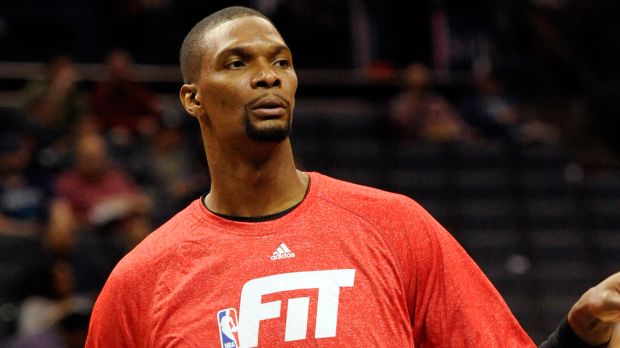 Miami Heat All-Star forward Chris Bosh was back to offseason workouts Tuesday, four months after his season ended due to blood clots on his lung.

Bosh trained with Erik Spoelstra and other Heat coaches.

Other members of the team who are already back on the practice court include Shabazz Napier, James Ennis, Hassan Whiteside and Zoran Dragic.

Bosh has resumed court work for the first time since being sidelined at the February All-Star break due to blood clots on his lung, working Tuesday with coach Erik Spoelstra, assistant coach David Fizdale, among others.

Bosh’s recent (South American) vacation including some hikes at altitude, but his latest work in the gym is believed to not yet involve contact work. […] With blood thinners part of Bosh’s treatment, there has been caution with contact drilling.

Bosh said at the close of the season that he would be returning to “square one” to refine his game this offseason. His role figures to change yet again next season due to the emergence of center Hassan Whiteside. […] “Just taking those steps slowly,” he said in April. “I’ve never had the time. Usually, during the offseason we have to hit the ground running, but this year I have the opportunity to correct some things.”