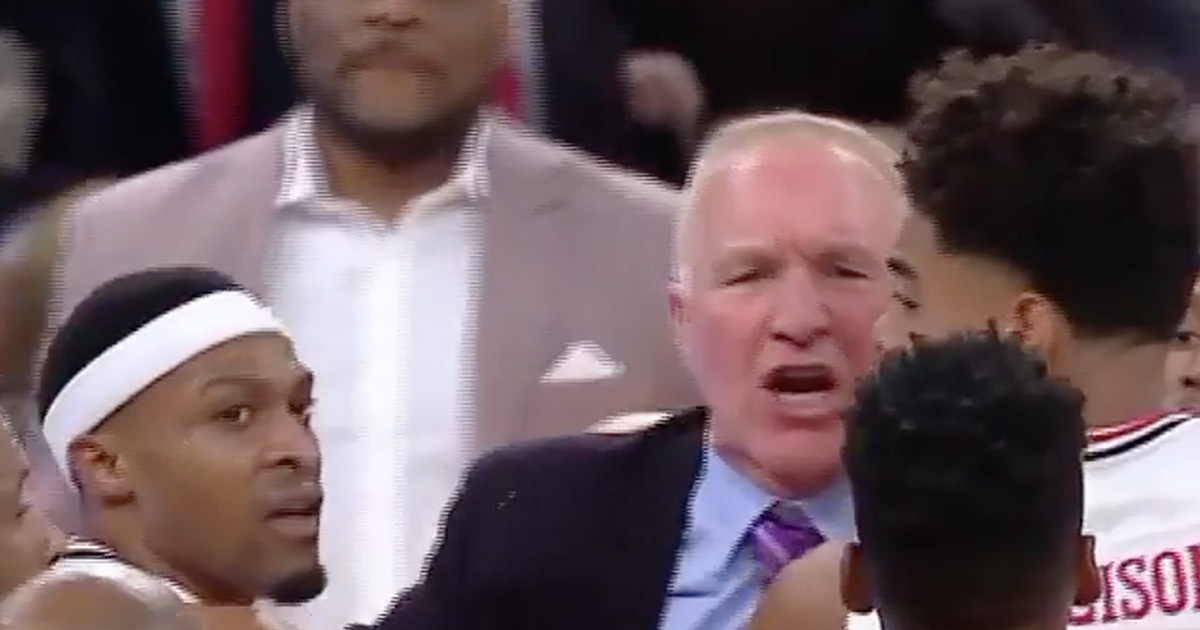 Things got heated in the second half of the Georgetown-St. John’s showdown at Madison Square Garden during the Big East tournament.

A scuffle began among the player after Georgetown’s LJ Peak was hit with a hard foul while going to the rim.

Then, St. John’s head coach Chris Mullin left the bench and went out of his way to yell at Georgetown coach John Thompson III, director of basketball ops Patrick Ewing Jr, and practically any Hoya nearby.