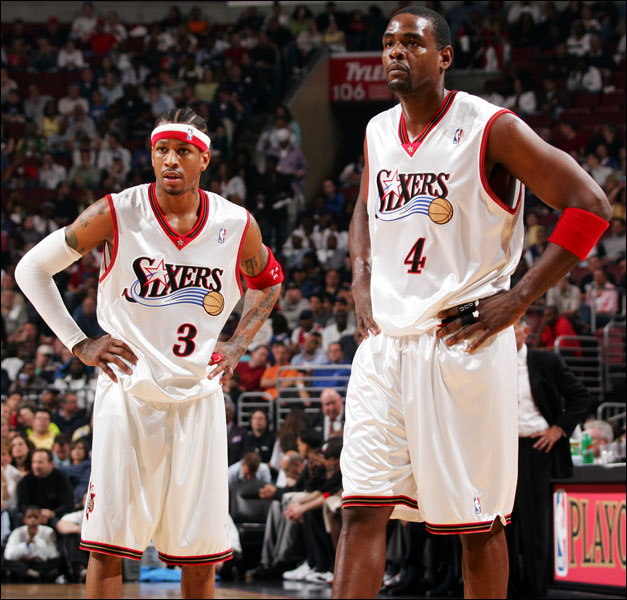 Chris Webber shared some advice for Kobe Bryant’s current teammates during last night’s NBATV broadcast. His words of wisdom: steal the future HOF’s stuff. The former big man, who was a teammate of The Answer in Philly, admitted to taking Iverson’s shoes, jerseys, shorts, socks and more back when AI was making his final rounds. Watch the video above to hear him recount the story.

To this confession, Ernie Johnson responded only as Ernie could: “Did you debate telling that story?”