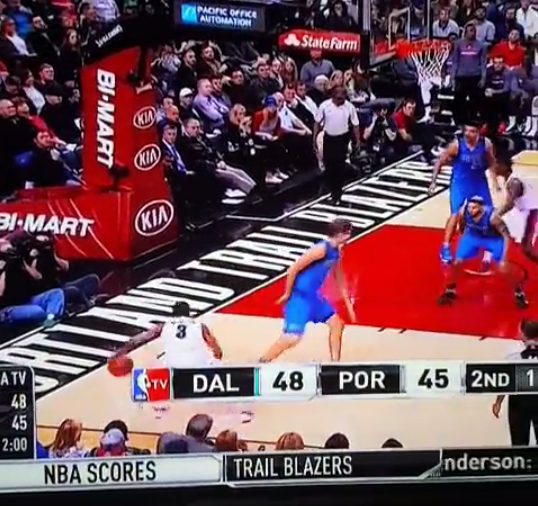 C. J. McCollum put Dirk Nowitzki on the mixtape in Portland. Watch the young guard hit the vet with a crazy crossover and then knock down the corner three.

Dirk on C.J. McCollum's crossover: "I told him at halftime that was coldblooded, doing the old man like that." #DALatPOR