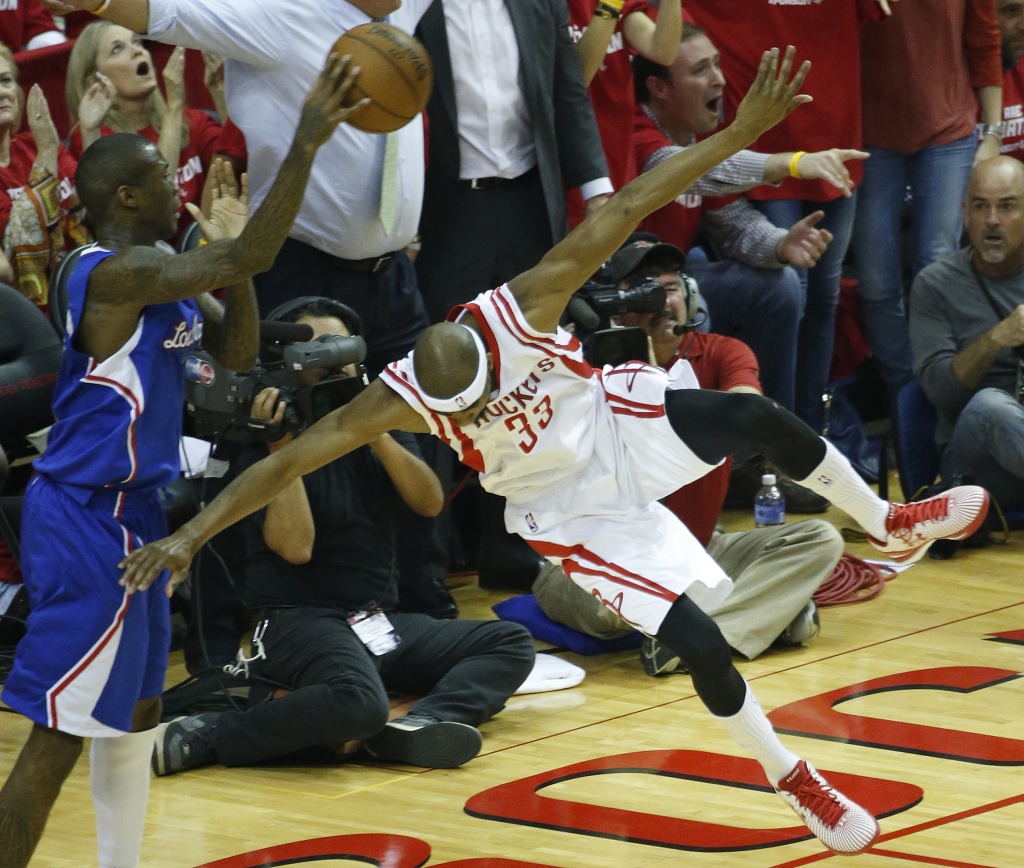 LA Clippers guard Lester Hudson was whistled for an offensive foul Wednesday night in Game 2, as Corey Brewer dramatically fell back after some minor contact.

The NBA fined Brewer $5,000 for his theatrics Thursday afternoon.

Houston Rockets guard/forward Corey Brewer has been fined $5,000 by the NBA for violating the league’s anti-flopping rules during Game 2 of Houston’s Conference Semifinals series against the Los Angeles Clippers.

The incident occurred with 1:03 remaining in the first quarter of Rockets’ 115-109 victory over the Clippers last night at Toyota Center.