Craig Sager is Back (VIDEO) 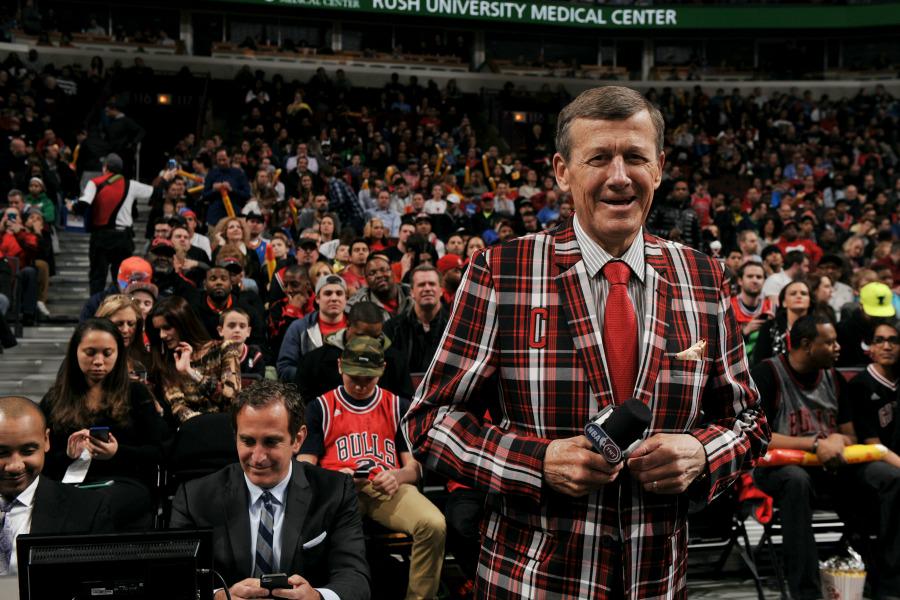 The entire NBA family was thrilled to welcome back the great Craig Sager, after spending nearly 11 months battling (and winning) against leukemia.

Sager worked the sidelines during the Thunder-Bulls game Thursday night, and the Windy City showered him with plenty of love.

Happiest moment of my life too pic.twitter.com/IyY2XViqCR

Sager says the illness picked the wrong guy to mess with.

Q: How excited are you about going back to work? […] A: “Mentally, I have been ready to get back to work since the fall and I was hoping to do the (NBA) All-Star Game. But the doctors didn’t think my immune system was ready and I still needed to stay away from people and crowds. The doctors now say I am ready to go and I feel good and I am going full blast.”

Q: How difficult has the recovery been? […] A: “The way I look at it is sort of like those Rob Lowe (DirecTV) commercials. I looked like the scrawny Rob Lowe. I lost 50 pounds and they get you down to a point where you basically have no immune system so you have the best chance of not rejecting the transplant. But (in September) there was this one weekend where I had this breakthrough physically. I didn’t need the walker and told my wife Stacy, ‘I think I’m going to make it.’ But I haven’t beaten leukemia because it takes three years before you know you are out of the woods.”

Q: After going through all this, has your outlook on life changed? […] A: “What has hit me is to see the support and the love and attention I have received. It has been so encouraging hearing the things that people have said about me. Usually, that happens at your funeral. I think what has helped as much as anything is to hear people say that leukemia picked the wrong person to fool with.”