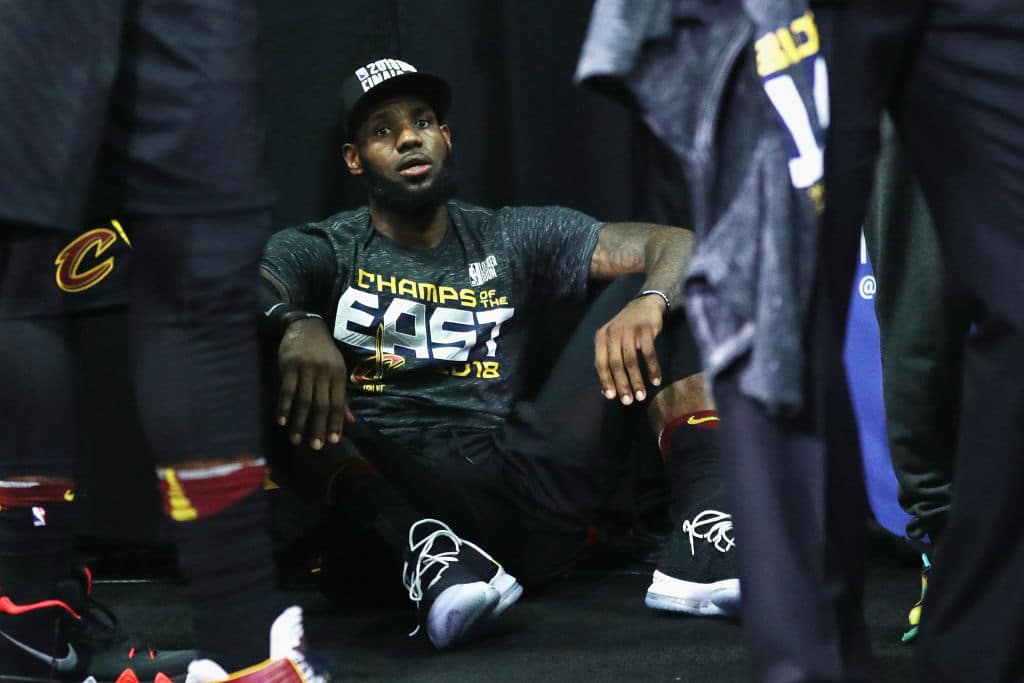 The Cleveland Cavaliers are too focused on the task of winning an improbable NBA championship this season to worry about LeBron James‘ future, according to team owner Dan Gilbert.

Gilbert says James’ looming free agency this summer is something to think about after the Finals.

James played all 48 minutes in a masterful Game 7 performance against the Boston Celtics, dragging the Cavs back into the title round, though it wasn’t hard to notice him ignoring Gilbert during the celebration.

Heartwarming moment between LeBron and Dan Gilbert on the way to the trophy presentation. pic.twitter.com/ImlcuepPfp

“Like him, I think he’s said this, we’re just focused — and it’s the truth, it’s not avoiding the question — we’re literally focused on (the now),” Gilbert told ESPN. “It’s just so intense in the playoffs and getting to the Finals and now the Finals, I don’t think — and I know he doesn’t — I don’t think even our guys are talking (about anything other than) what’s in front of them.

“So, everybody knows, obviously what we want to happen and we’ll take the Finals first and take it from there.”

James, who has a player option for the 2018-19 season worth $35.6 million, can opt out of his deal to become an unrestricted free agent come July. The last time James tested free agency as a member of the Cavs he chose to join the Miami Heat in the summer of 2010, sending Cleveland into a four-year tailspin until he came back for a second stint with the franchise in 2014. James has insisted time and time again during the 2017-18 campaign that he would not make his decision about where he will play next year until the Cavs season was over.

Gilbert has had precious few words to say about James’ situation on the record this season. During an event promoting the sneaker exchange company he co-founded, StockX, back in April, he made a vague reference to it, saying, “I probably should wear LeBrons, right? That will probably increase the odds of that contract (being signed).”