Danilo Gallinari With a Career-High 40 Points vs Orlando (VIDEO) 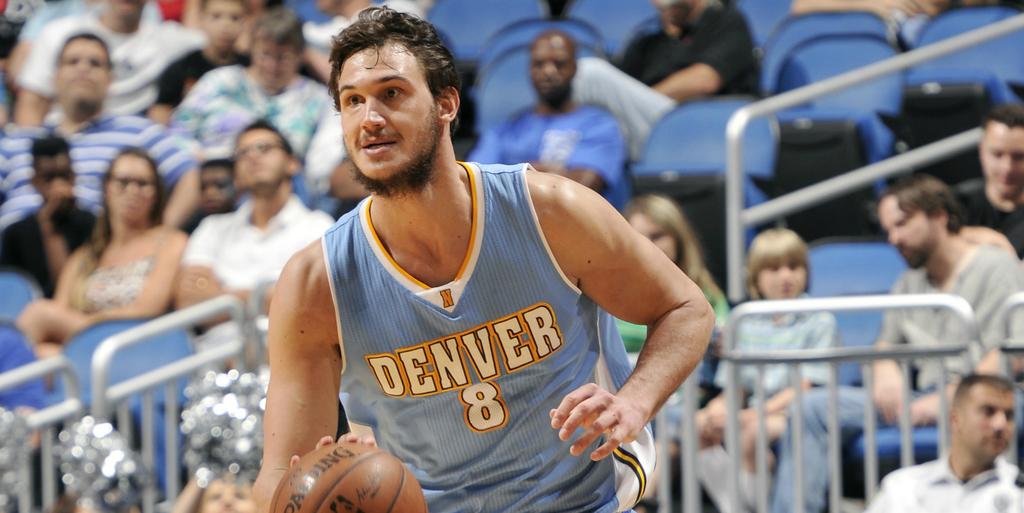 Denver Nuggets forward Danilo Gallinari dropped 40 points out of nowhere Sunday in a 119-100 road blowout of the Orlando Magic.

Gallo’s career-best performance included 12-of-21 shooting from the field, 7 rebounds an four assists.

Gallinari’s previous season-high was 26 points earlier this month against the Milwaukee Bucks.

“It was one of those nights where the basket looks like a swimming pool,” said Gallinari, who sat out the Nuggets’ loss Friday in Miami.

When his final 3-pointer swished through with 8:53 left in the fourth, he surpassed his previous career high of 39 points set at Dallas in December 2012. […] “That was the biggest thing for me tonight,” said Jameer Nelson, the longtime Magic standout back in his old haunts. “Not too many guys can give you 40 points in an NBA game. He’s been hot; he’s been shooting the heck out of the ball.”

“They were really motivated,” Nuggets interim coach Melvin Hunt said. “We wanted to sweep the state of Florida, and we dropped that one to Miami. The guys really wanted to make up for it and, boy, did they make up for it.”