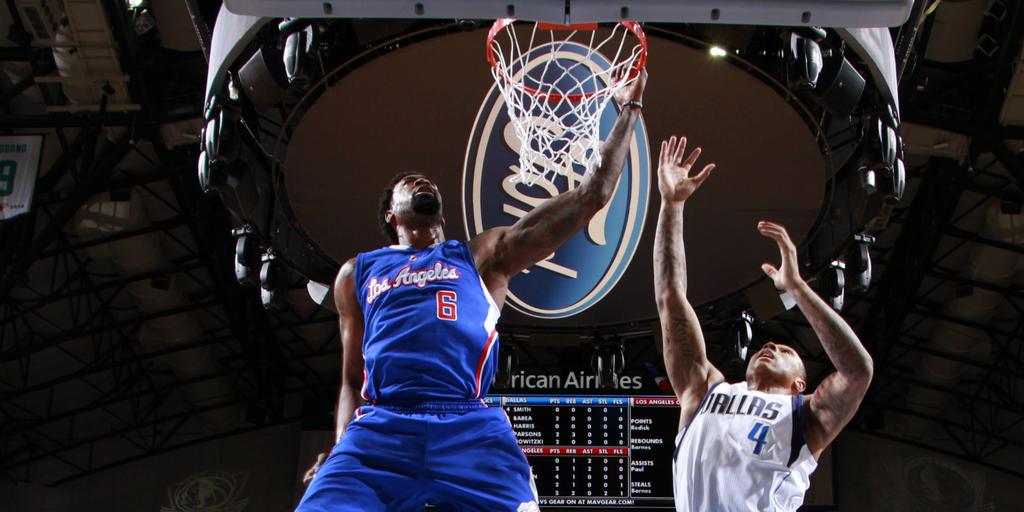 LA Clippers center DeAndre Jordan went nuts on the boards Monday night, snatching a career-high 27 of them in a 115-98 road win against the Dallas Mavericks.

The victory was a bit or rare good news for the Clips at the conclusion of an otherwise miserable eight-game road trip.

Jordan snagged a career-high 27 rebounds, the most taken by any NBA player this season, to go with a season-high-tying 22 points and three blocks. His rebound total was three short of tying Michael Cage’s single-game franchise record of 30 for the Clippers.

The Clippers needed the boost after learning before the game that (Blake) Griffin would be sidelined for at least three weeks because of a surgically removed staph infection in his right elbow. Clippers Coach Doc Rivers used what seemed like some reverse psychology when he addressed his team about the absence of its leading scorer. […] “Before the game, Doc said we had all the excuses to quit and not come out with the right energy and the right mind-set,” Jordan said. “But we did the exact opposite.”

Jordan has collected two 20-20 games over his last five after having none in the first 481 games of his career. Too bad Rivers wasn’t able to include that factoid in his recent pitch to fellow Western Conference coaches that Jordan deserved to be selected as an All-Star reserve. […] “It’s amazing to me that no one notices DeAndre Jordan,” Rivers said. “I don’t know how you can get 22 and 27 and no one notices.”