DeMarcus Cousins: ‘I Couldn’t Be Happier for This Team’ 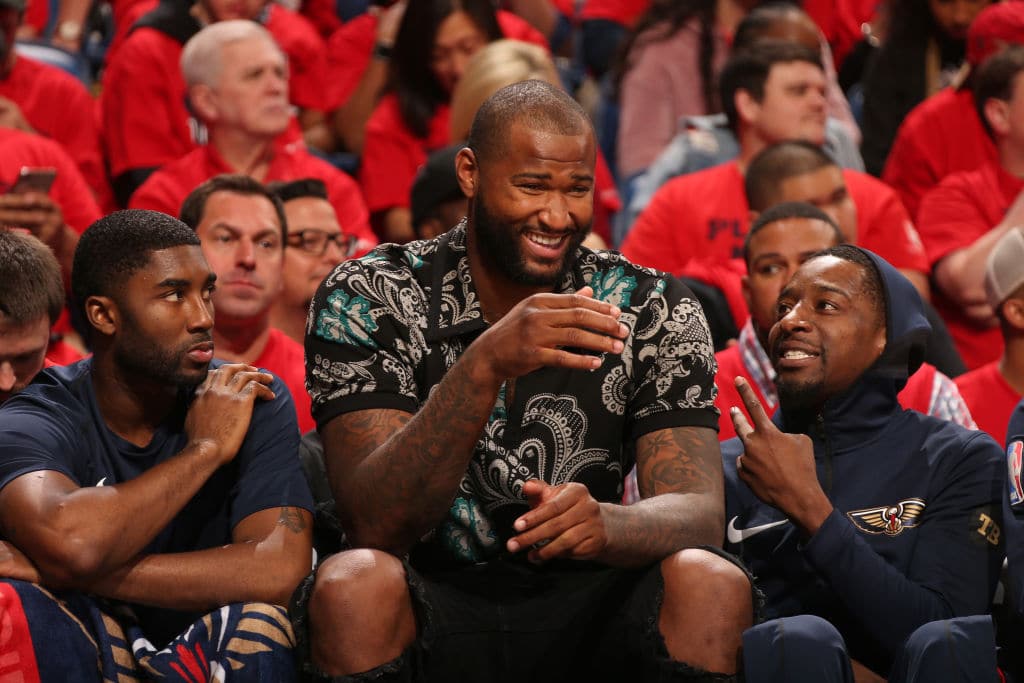 The Pelicans are making an improbable playoff run, and injured center DeMarcus Cousins says he “couldn’t be happier” for his squad.

Boogie went down with a season-ending ruptured his left Achilles in late January, and New Orleans not only held strong but even thrived.

.@BoogieCousins: "I am improving at a rapid pace"

Per The Advocate (via Fox Sports New Orleans):

The Pelicans lost five of the six games immediately following Cousins’ injury before finishing the regular season 21-13 in the 34 games Cousins missed.

“I mean, that could’ve easily sucked the life out of the team,” Cousins told Fox Sports New Orleans. “You know, they gathered themselves after a couple of games and got everything back on track. I couldn’t be happier for this team.

“We put in so much time together, just preparing ourselves for this season. For it to be taken away at the drop of a dime, it kind of sucks.”

Cousins reports that his rehab is coming along nicely, and that he’s “improving [at] a pretty rapid pace.”

Present for the final games of the Pelicans’ surprising sweep of the Blazers, Cousins applauded New Orleans’ cohesiveness as reason for burying the Blazers in four games.

“Leaning on one another. That’s the biggest thing that’s stood out to me,” Cousins said. “The way these guys are playing for one another. It’s not about any single person, it’s about every single guy on the floor. Guys are coming in the game ready when their names are called on. It was just a complete effort from start to finish this entire series.”