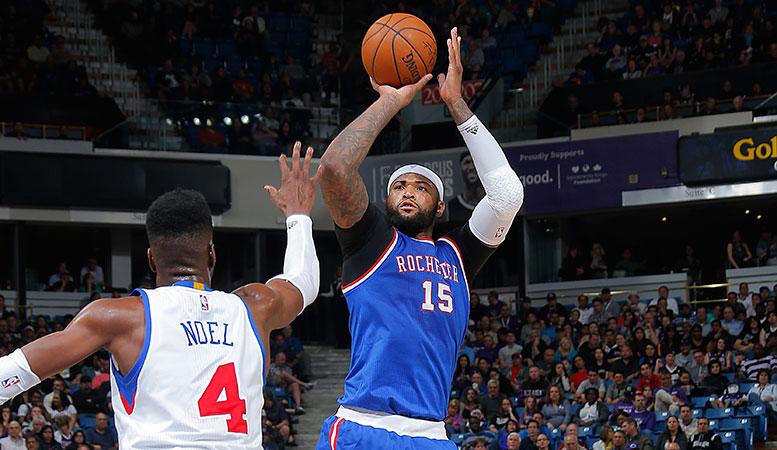 Sacramento Kings All-Star center DeMarcus Cousins had his way with the Philadelphia Sixers, in the Kings’ 107-106 win against the visitors.

Cousins tallied 33 points and 17 rebounds, and got a much-needed boost from teammate Derrick Williams down the stretch.

Williams scored six of his eight points in the fourth quarter.

Williams has played some of his best basketball with the Kings since the All-Star break, when (Andre) Miller joined the team. […] “I’ve been watching Andre for a long time,” Williams said. “Him being from L.A., being in the league so long, he has a lot of wisdom, a lot of knowledge so he’s just telling me get out and run.”

That’s led to more dunks for Williams. […] “He’s one of the great lob throwers this game has seen,” Williams said. “Whenever you have a guy like that you want to get out in the open court.”

“I think I’ve connected with all the guys, especially the bench guys,” Miller said. “Derrick and O.C. (Omri Casspi) have a good feel for the game, they play well off each other and they like to get up and down the court. They’ve got good basketball instincts, good smarts and I just try to make it easier for them out there and they’ve been playing good basketball.”