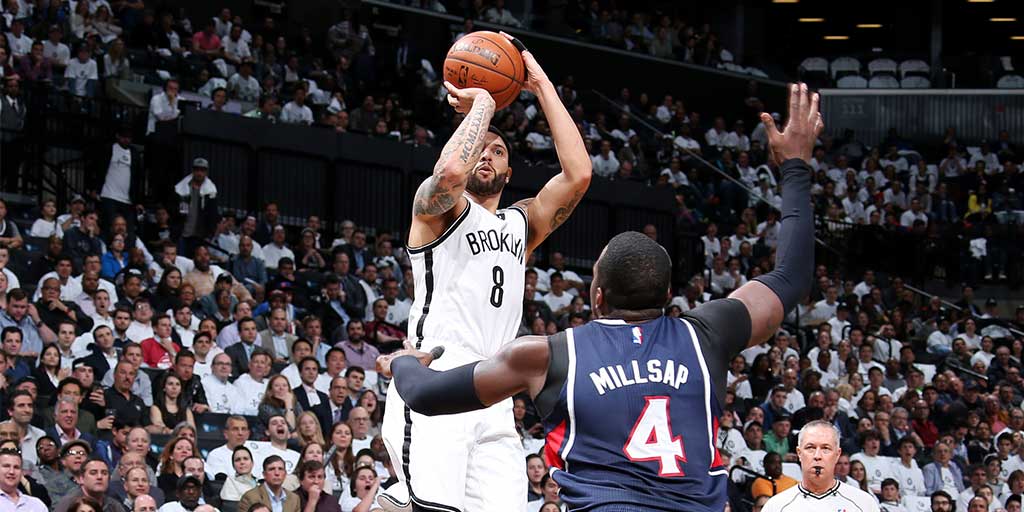 Eat your heart out, Paul Pierce.

The Deron Williams of old showed up Monday night, breaking out his pristine handles and dropping a career Playoff-high 35 points on the visiting Atlanta Hawks in a 120-115 Game 4 victory.

The Brooklyn Nets, to everyone’s surprise, evened up the series at 2-2 behind D-Will’s vintage performance.

Williams also handed out seven dimes, shot 13-of-25 from the field, and splashed in seven three-pointers.

It was a markedly different appearance than Game 3, when he hobbled through the catacombs of Barclays Center on his way out. He looked as if he could hardly walk Saturday night, a bruised tailbone the last in a long series of accumulated physical ailments — not to mention the mental pressure mounting on him, a confluence of problems that had the season threatening to come to a quick ending. […] Wounded, Williams has spent much of this playoff series answering — or avoiding — questions about his struggles. With just two field goals in the prior two games combined, the real question before this game was: Why was Nets coach Lionel Hollins sticking with him in the starting lineup?

“Honestly, when I was shooting around before the game I was just hoping I could get through the game,” Williams said. “I was definitely sore. But once the game started, adrenalin kicked in and I felt pretty good. So hopefully I feel OK [today] after 45 minutes [of playing]. That will be the tell.”

Hollins took up a vigorous defense of Williams on Sunday, insisting that the focus on the player that Williams once was or the money he is paid were not his concern, instead focusing on just getting what he needed from him to extract a much-needed win for the team. […] “It’s very satisfying,” Hollins said. “I mean, the kid has overcome a lot of adversity. He’s had a lot of adversity with the injuries and the negativity around his name. For him to come out showed a lot of character to put up a performance like that, especially when we needed it. Because without that performance I don’t know if we get out of here with a win. […] But I’ll take it, and I’m excited about him and I’m excited about how the team rallied around him as well. And that’s what this is about. And I thought it was a huge, huge step in unity for our ballclub.”