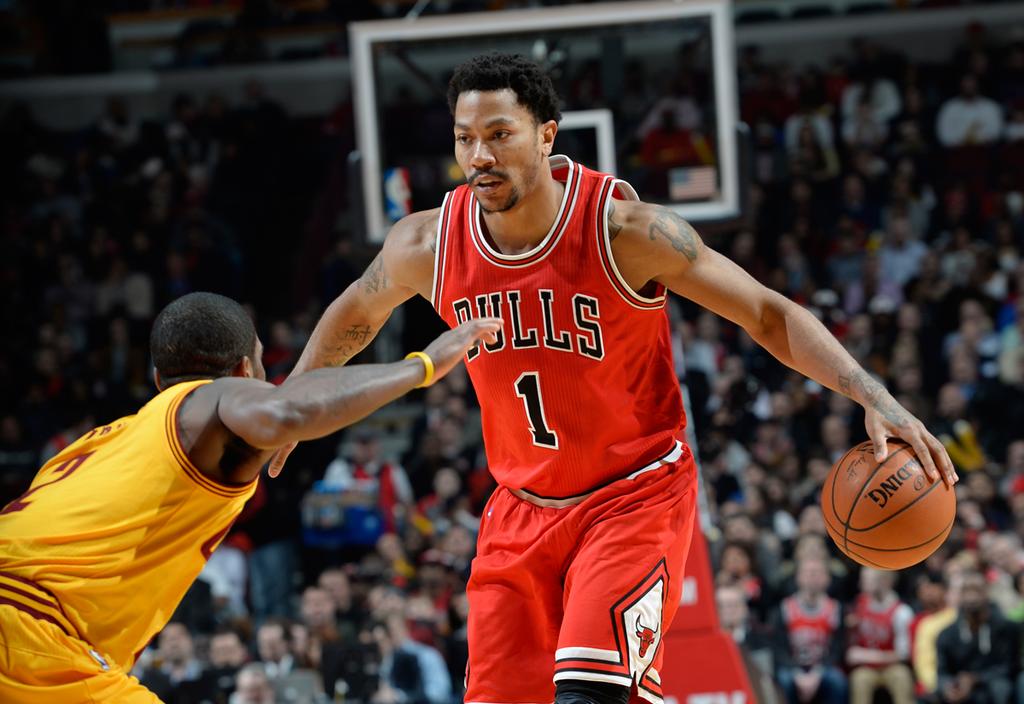 Derrick Rose led the way, as he scored 30 points and handed out seven assists.

It didn’t quite carry the heft or hilarity of his “Cleveland really sucks” rant during the 2010 playoffs. It didn’t even match his “Hollywood as Hell” assessment of the LeBron James-era Heat. But Joakim Noah made clear how important the Bulls’ 113-98 victory over the James-led Cavaliers ranked in his mind. […] “I dislike everybody who’s in our way,” Noah said. “I want to win a championship too.”

There was Derrick Rose in arguably his best game of the season, finishing with 30 points and seven assists in one of those nights that made the mind wander to his play before two knee injuries. […] “I’m just letting the game come to me,” Rose said. “That’s all I’m doing.”

That’s 16 straight and 27 of 28 games logged by Rose, which surely is fueling his greater control and command. He almost posted his second straight turnover-free outing, committing two miscues late in the fourth, and outplayed All-Star Kyrie Irving. […] “It’s a building process,” Rose said. “I’m very happy where I am. I’m just trying to push myself. Conditioning-wise, I feel I’m better. Playing through fatigue has helped my game.”