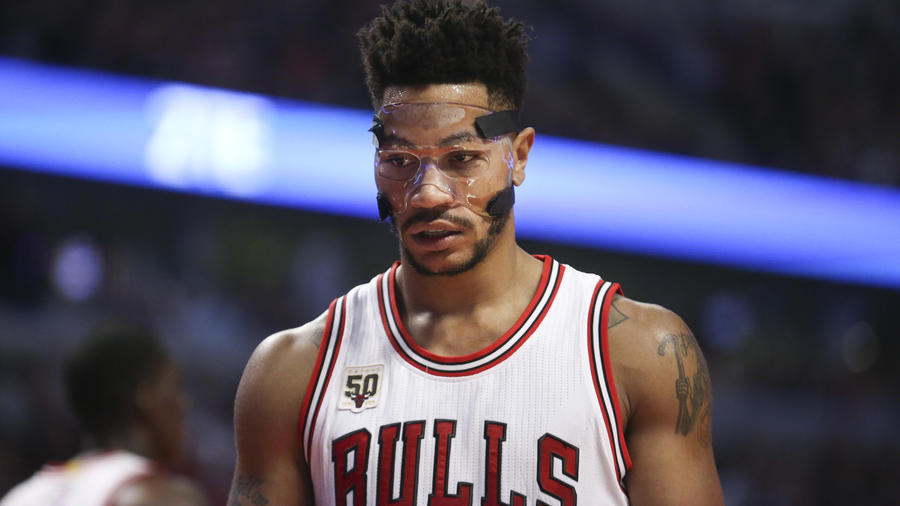 The Bulls took down the visiting Cleveland Cavaliers 97-95, and Rose finished with 18 points and five assists.

Rose, on how he's playing with occasional double vision: "I'm a pro."

Derrick Rose on Matthew Dellavedova "It's no match-up" pic.twitter.com/awjm6enP2V

Nikola Mirotic, the newly-inserted starting power forward in the Windy City, led the way with a game-high 19 points.

“All I kept thinking was when (President Barack Obama) came to our game the last time and we lost by 30 or 40 points in Washington,” Bulls Chairman Jerry Reinsdorf joked, referencing a 23-point loss at the Wizards in February 2009. “I told him if it happens again, then he’s done. He can’t come to our games anymore.”

“It’s huge for us, especially with a young team that we have and everything we’ve been going through as far as coaches,” Derrick Rose said. […] For all the talk of Hoiberg’s faster offensive pace, two defensive plays sealed it for the Bulls. First, Pau Gasol stuffed (LeBron) James’ drive with 3.6 seconds left, Gasol’s sixth block. After a timeout, Jimmy Butler deflected away the inbounds pass.

Nikola Mirotic, representing the philosophical shift under Hoiberg as much as anyone as a new starter, scored 19 points to lead the Bulls. That included a three-point play in which he was sent crashing into the seats by Tristan Thompson with 5:18 left, a rebound at the other end and then two more free throws on top of a Butler free throw when Mirotic was fouled by and drew a technical from J.R. Smith. […] “I felt good,” Rose said. “The game was moving fast-paced, didn’t get that winded. So I guess my conditioning is catching up a little bit. My body is a little fatigued. That comes along with this only being my second game back. I’m trying to take every game I play and use it as motivation.”