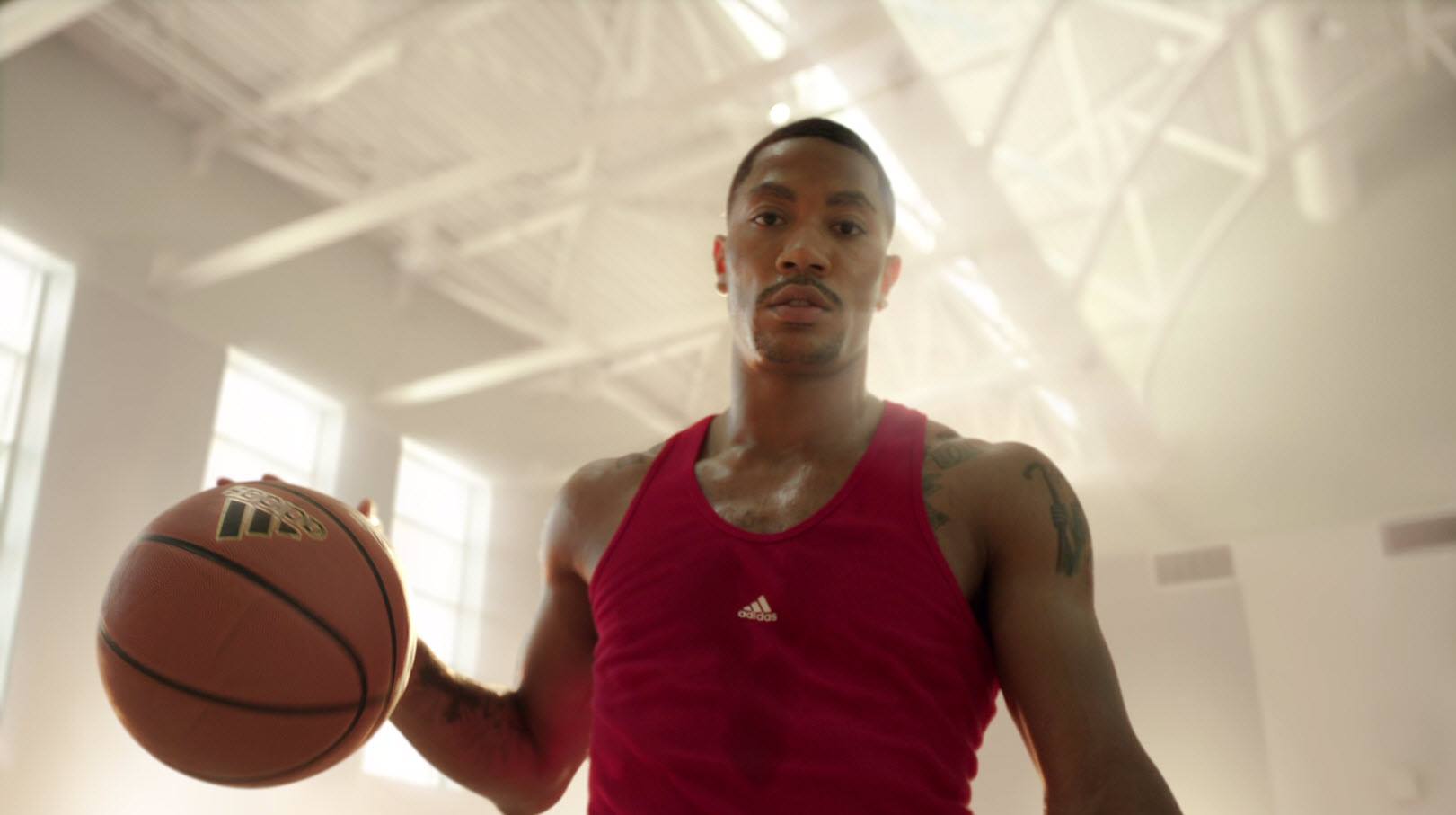 Along with family, the most important thing in the world to Derrick Rose is basketball. Entering the ’13-14 season, he’s focused only on improving his game and winning a Championship for Chicago. Today, adidas and Derrick Rose debut, “Basketball is Everything,” a commercial that captures the essence of Derrick’s love and dedication to the game of basketball. If you took away all of the fame and notoriety of his life, he would still have what matters most: the game. The spot begins airing tonight and features rappers Big Sean, 2 Chainz and Common.

“Basketball is Everything” begins with Derrick training for the upcoming season then cuts to various scenes that portray his life which include, outside of his home, at his birthday party with family and friends including hip-hop artists Common, 2 Chainz and Dom Kennedy, at a music video shoot with rapper Big Sean and at a famous high-end jewelry store with his brother. The commercial comes full circle by showing Derrick training alone in the gym once again, emphasizing that even if you take away all of the aspects of Derrick’s life that he feels so blessed to have, he would still have the one thing that matters to him most, basketball.

“Basketball is Everything” was created by 180LA and directed by Stacy Wall.

The D Rose 4 basketball shoe is available now for presale at adidasbasketball.com and officially launches with the D Rose signature collection on October 10.