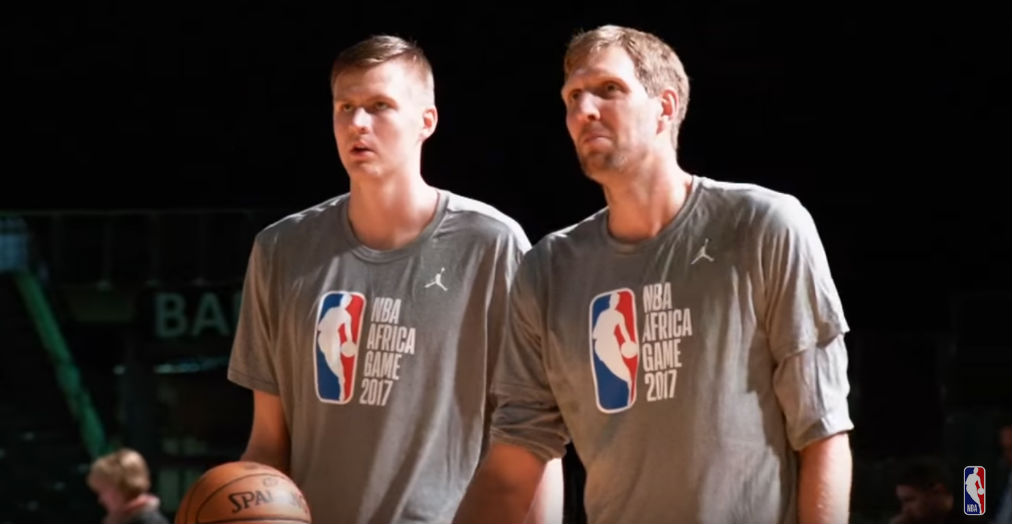 Despite his issues with the previous Knicks front office, Kristaps Porzingis is the future of the NBA. A 7-3 unicorn with a knockdown jumper, Porzingis’ potential is essentially limitless and at just 22-years-old, he still hasn’t scratched the surface of what he’s capable of achieving.

Like all young stars, KP needs a mentor and without a conventional one for his skillset currently on the Knicks, the Latvian has looked to one of the league’s most respected elder statesman–Dirk Nowitzki. As you can see in the video above, the two furthered their bond while in Johannesburg for Team World at this weekend’s NBA Africa Game, which Team World won 108-97 over Team Africa behind 12 points from Porzingis. Before hanging out last week, Dirk says that he gave KP his number a few years back, saying “If there’s ever anything you need or questions, I’m more than happy to help you out.”

It’s clear there’s a close relationship between the two and there are a ton of obvious similarities besides both being European — their size, playing styles and feathery shooting touch — so it’s natural they’d flock to each other at some point. KP couldn’t pick a better player to model himself after than the NBA’s all-time leading international scorer.

Video courtesy of the NBA