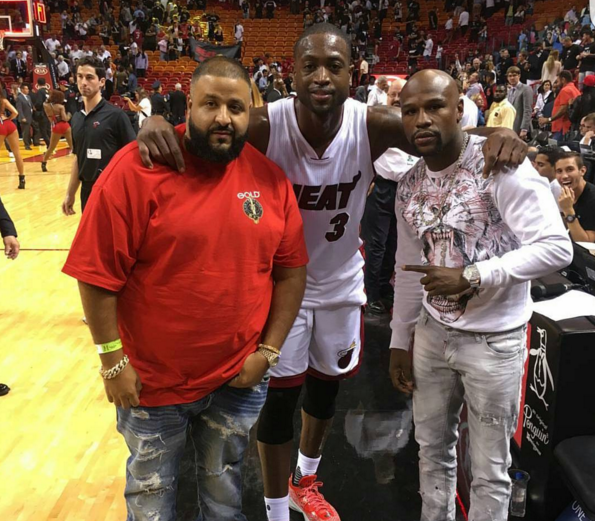 Yes, we know this is stupid. And no, DJ Khaled’s opinion on basketball doesn’t mean shit. But hell, he’s entitled to have one, right?

The Miami loyalist (he was at the Heat’s opening night win last night) and “We The Best” don joined Complex’s First We Feast for the always-entertaining “Hot Ones” series. You can watch the full hot wing experiment with Khaled here, but what we were most interested in was the clip above, during which he adamantly states that the Miami Heat are a lock for the NBA Finals.

Ironically, despite trumpeting the merits of Miami’s lineup this season, the only player mentioned the entire time is LeBron James, who no longer plays for the team.

Enjoy the latest of Khaled’s always-hilarious sports rants above.