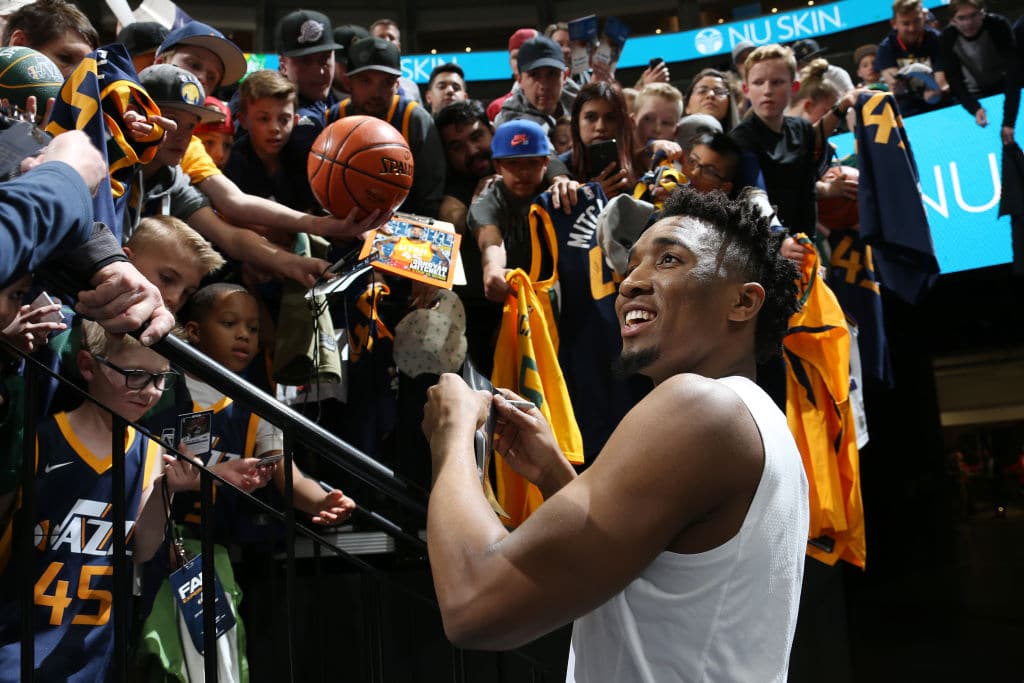 Donovan Mitchell claims not to care about the Rookie of the Year race with Ben Simmons.

Donovan Mitchell discusses his @adidas “rookie” hoody which takes a shot at Ben Simmons. He says he’s not concerned about the ROY award but is blessed to be in this position. “We just wanted to have fun with it,” Mitchell said. pic.twitter.com/araMEfR0bm

Mitchell, who has improbably led the Utah Jazz to a 48-33 record, says he’s solely focused on holding onto the third seed in the Western Conference.

Spida wore a hoodie Tuesday night with a message that threw shade at Simmons‘ rookie status after the latter claimed he hadn’t been impressed by any other rookies this season.

Utah rookie Donovan Mitchell to ESPN on Ben Simmons’ Rookie of the Year remarks: “I really don’t care…Clearly, I’m not the one losing sleep.” https://t.co/L7RrNMNkhR

“I really don’t care,” Mitchell told ESPN. “The biggest thing for me is that we’re in the fourth seed and fighting for the third seed. If I’m worrying about individual awards, I’m giving up on my teammates and what we’re trying to build here. Clearly, I’m not the one losing sleep over this. I don’t care.”

Adidas approached Mitchell about wearing the hoodie, and he went along with the joke.

“We just wanted to all have fun with it,” Mitchell said. “That’s all it is, having fun and just enjoying it.”

Mitchell, a 6-foot-3 combo guard, is averaging a rookie-high 20.5 points per game and became the fastest rookie in league history to knock down 150 3-pointers, reaching the mark in 63 games.