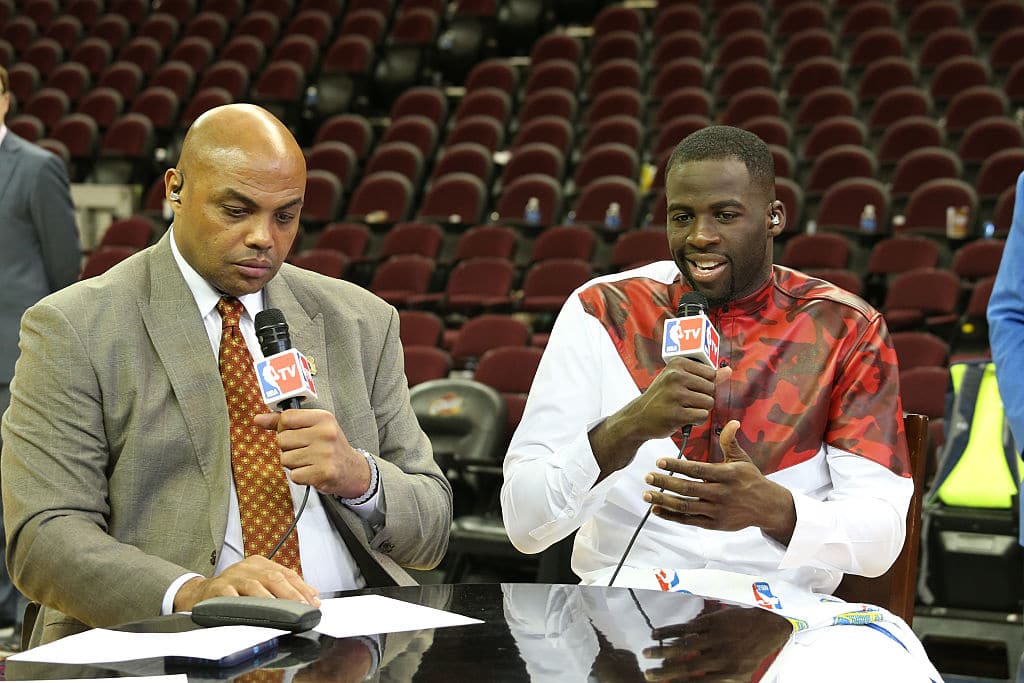 Draymond Green‘s trash-talking antics Tuesday night in Game 2 of the Warriors’ second-round series against New Orleans got under Charles Barkley‘s skin, prompting Chuck to tell his TNT colleagues that he wanted to “punch his ass in the face.”

Charles Barkley wants to punch @Money23Green in the face. 🤔 pic.twitter.com/ANp5NmxIqs

Naturally, Green fired back at Sir Charles in his postgame comments.

Draymond challenged the 55-year-old Hall of Famer to throw them hands next time they cross paths.

Draymond Green with a strong response to Charles Barkley saying he would punch him in the face pic.twitter.com/tBLRAei3zW

The All-Star forward finished with 20 points, 9 rebounds and 12 assists as Golden State beat the Pelicans 121-116 and took a commanding 2-0 series lead.

Warriors forward Draymond Green was his animated, vocal self in his team’s Game 2 win over New Orleans on Tuesday night. He railed at the refs and chirped in the face of several Pelicans players, from Anthony Davis and Nikola Mirotic to Jrue Holiday and Rajon Rondo.

“If you’re not going to punch me in the face when you see me, then shut up. It’s no different from someone sitting behind a computer screen tweeting, ‘I’ll knock you out!’ and you never see them in life. Well, he’s seen me a bunch of times and he’ll see me again this year.