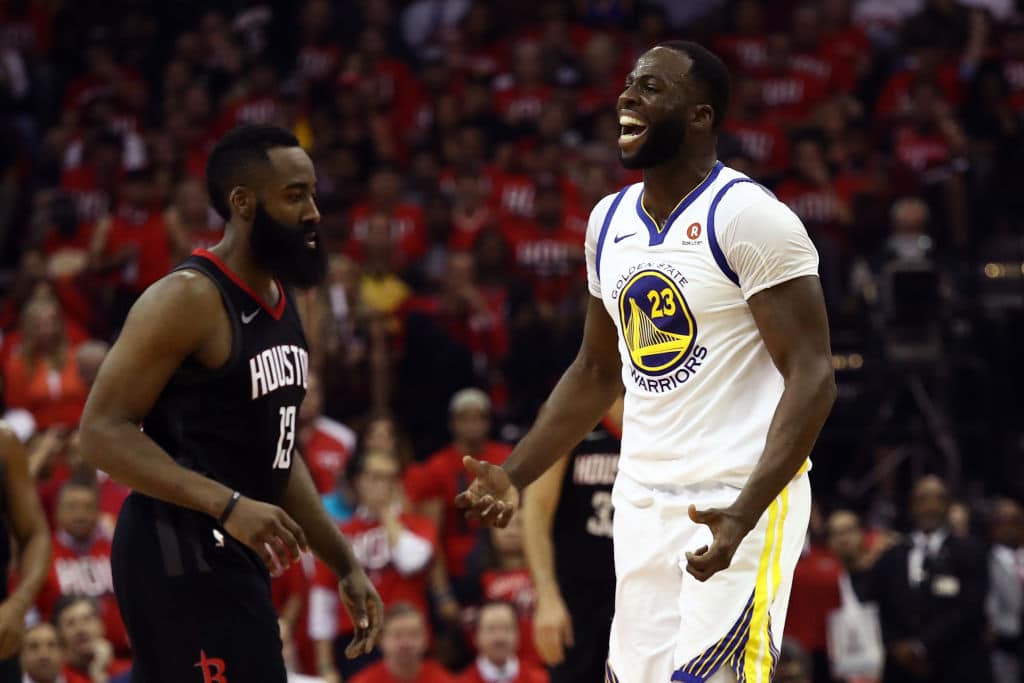 The All-Star forward says he’s using the perceived snub as a motivating factor in 2018-19.

Draymond Green: “I was second-team all-defense (last season). That’s crazy.”
Was that on you or the voters?
“Probably a little bit on me, but I don’t think any voter can tell me five defensive players better than me…I’ll wait.” pic.twitter.com/ol5ozooowk

Green, 28, is driven to chase after his second career Defensive Player of the Year award.

“It’s important,” Green, who is set to miss his second preseason game Monday night with left knee soreness, said of being named DPOY this season. “I was second-team All-Defense (last season). That’s crazy. So, yeah, I’ve got to get that.”

Asked Monday if his placement on the All-Defensive Second Team last spring was a matter of voter negligence or his performance, Green conceded that it was “probably a little bit on me” before saying, “I don’t think any voter can tell me (there are) five defensive players better than me.”

Green then paused to make his point.