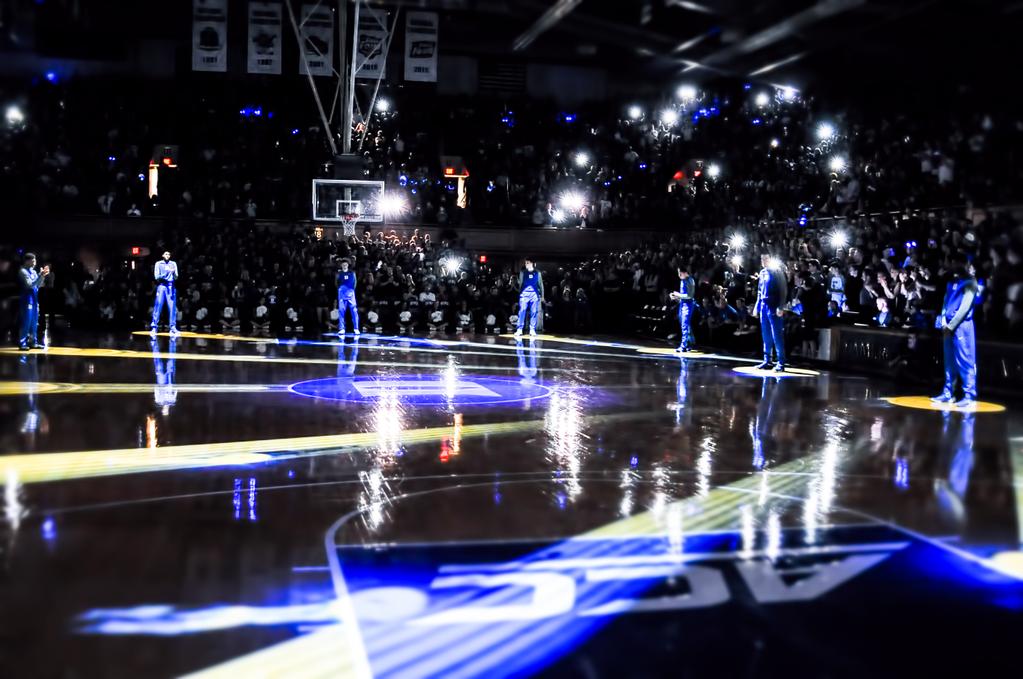 After winning a national championship and having players bounce to the League, many college programs are forced to rebuild for a year or two. Jahlil Okafor, Justise Winslow, and Tyus Jones were all first-round NBA draft picks after one season in the NCAA. Rebuild? Nah, some programs simply reload. Duke is one of those programs.

Bringing in a ridiculous recruiting class to join a solid group of returning vets, Coach K’s crew has a chance to go deep in the NCAA tourney yet again. He recently sat down with our own EIC Ben Osborne for an exclusive interview and twelve practices in to the year, it’s clear what the emphasis of the 2015-16 Blue Devils is going to be: Defense.

“Our defense is ahead of our offense. We’re very big and we’ve been concentrating on our defense,” Krzyzewski said following Duke’s Countdown to Craziness last Saturday. “I thought Marshall and Amile set a really good tone defensively. They are men.”

Playing two twelve minute halves, the squad split up and went to work against each other. Unlike most midnight madness festivities, the Countdown To Craziness scrimmage was far more like a real game than an exhibition for fans. Charges were taken, bodies were on the floor, and guys went all out as if it were opening night at Cameron. The white team took both halves in what turned out to be a great preview of the new-look Blue Devils.

The most highly touted player in Duke’s 2015 recruiting class, Ingram showed the type of potential that had NBA scouts drooling throughout the high school all-star circuit. He played both forward spots, creating mismatches all over the court. The Kinston product even did some work as a pick and roll ball-handler, exhibiting the playmaking skills that made him one of the more versatile players in the high school class of 2015. NBA scouts will be flocking to Durham to get a glimpse at this wiry forward throughout the season.

One of the darlings of last year’s NCAA tourney appears to be ready to take that next step in his game. Playing a bit of combo guard, Grayson Allen showed that he is a lot more than the athletic shooter that we saw last season. Allen showed off great vision, an improved game off of the bounce, and the type of hard-nosed play that we saw last season. It’s obvious that Grayson is really going to have an opportunity to blow up this year, which will be essential in Duke’s attempt to repeat.

Passing LeBron James on Ohio’s high school scoring list was one of the countless accolades that Luke Kennard achieved in his storied high school career, but now he’s ready for a new challenge. The lefty showed off his pure J countless times during the scrimmage, showed off sick vision for a 2-guard, and was impossible to stop coming off of pin-downs. Look for this heady guard to make an immediate impact for the Blue Devils during his debut campaign.

The youngest Plumlee hasn’t developed quite as quickly as his big bros, but appears ready to turn that corner as a prospect. The 7-footer was great running the floor, hit a pair of left hand hooks, and threw down the dunk of the night over David Robinson’s son (Justin). Miles didn’t really emerge as a prospect until his senior campaign and Marshall seems to be following in his footsteps as a late bloomer.

One of the best lead guards in the class of 2016, Coack K convinced Derryck Thornton to come to Durham a year early to run the show for the Blue Devils. It took some summer school at Findlay Prep, but Thornton made the move and was given the keys for the defending national champions. During the scrimmage, he made some insane passes with his left hand, got into the paint at ease, and had every single assist for his team. Thornton did have a few too many unforced turnovers and while there will be growing pains, Thornton has the talent to soften the blow of losing Tyus Jones to the league after one year.